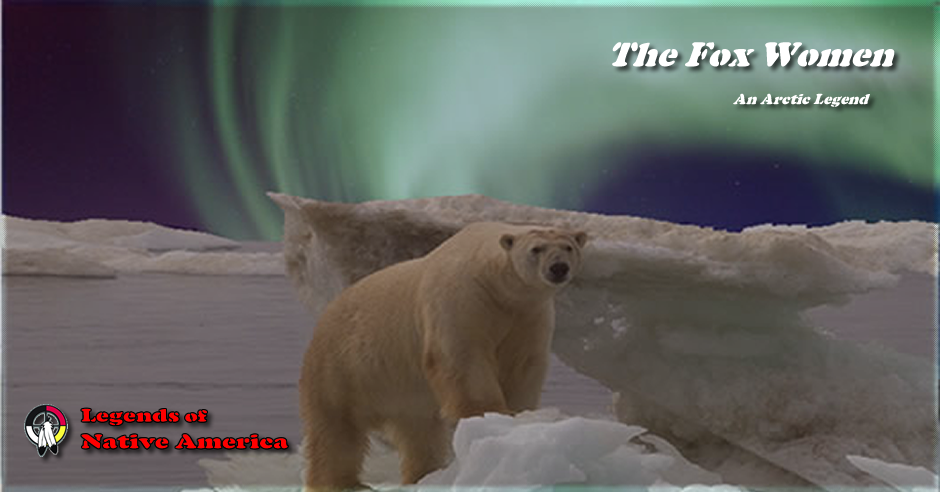 A hunter who lived by himself found when he returned to the place after an absence that it had been visited and everything put in order as a dutiful wife should do. This happened so often with no visible signs of tracks that the man determined to watch and see who would scrape his skin clothing and boots, hang them out to dry, and cook nice hot food ready to be eaten when he returned.

One day he went away as though going off on a hunt, but secreted himself so as to observe the entrance of anything into the house. After a while he saw a fox enter. He suspected that the fox was after food. He quietly slipped up to the house and on entering saw a most beautiful woman dressed in skin clothing of wondrous make. Within the house, on a line, hung the skin of a fox.

The man inquired if it was she who had done these things. She replied that she was his wife and it was her duty to do them, hoping that she had performed her labor in a manner satisfactory to him. After they had lived together a short time the husband detected a musky odor about the house and inquired of her what it was. She replied that she emitted the odor and if he was going to find fault with her for it she would leave.

She dashed off her clothing and, resuming the skin of the fox, slipped quietly away and has never been disposed to visit a man since that time.