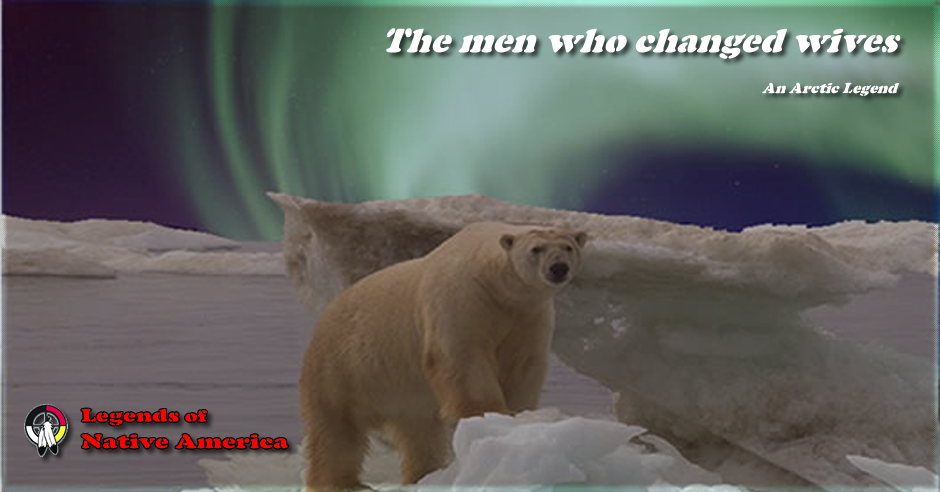 There were once two men, Talîlarssuaq and Navssârssuaq, and they changed wives. Talîlarssuaq was a mischievous fellow, who was given to frightening people.

One evening, sitting in the house with the other's wife, whom he had borrowed, he thrust his knife suddenly through the skins of the bench. Then the woman ran away to her husband and said:

"Go in and kill Talîlarssuaq; he is playing very dangerous tricks."

Then Navssârssuaq rose up without a word, and put on his best clothes, and took his knife, and went out. He went straight up to Talîlarssuaq, who was now lying on the bench talking to himself, and pulled him out on the floor and stabbed him.

"You might at least have waited till I had dressed," said Talîlarssuaq. But Navssârssuaq hauled him out through the passage way, cast him on the rubbish heap and went his way, saying nothing.

On the way he met his wife.

"Are you not going to murder me, too?" she asked.

"No," he answered in a deep voice. "For Pualuna is not yet grown big enough to be without you." Pualuna was their youngest son.

But some time after that deed he began to perceive that he was haunted by a spirit.

"There is some invisible thing which now and again catches hold of me," he said to his comrades. And that was the avenging spirit, watching him.

But about this time, many in the place fell sick. And among them was Navssârssuaq. The sickness killed him, and thus the avenging spirit was not able to tear him in pieces.