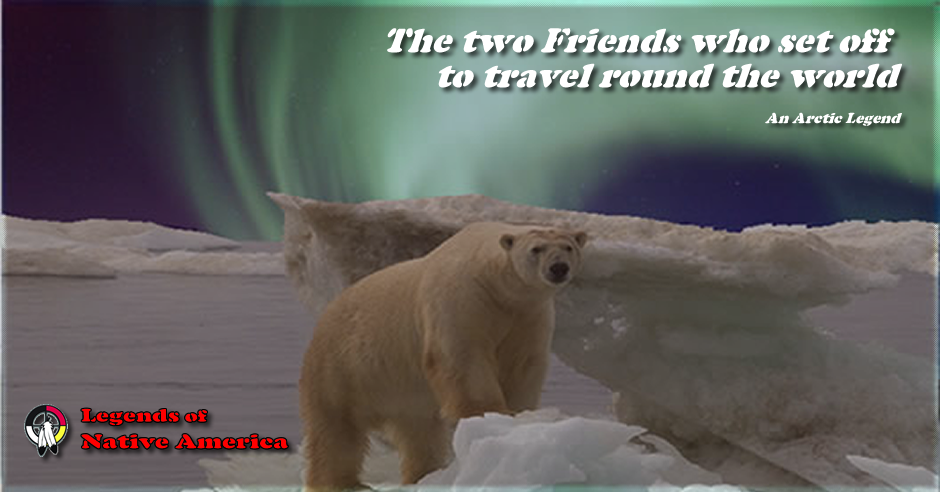 ONCE there were two men who desired to travel round the world, that they might tell others what was the manner of it. This was in the days when men were still many on the earth, and there were people in all the lands. Now we grow fewer and fewer. Evil and sickness have come upon men. See how I, who tell this story, drag my life along, unable to stand upon my feet.

The two men who were setting out had each newly taken a wife, and had as yet no children. They made themselves cups of musk-ox horn, each making a cup for himself from one side of the same beast's head. And they set out, each going away from the other, that they might go by different ways and meet again some day. They travelled with sledges, and chose land to stay and live upon each summer.

It took them a long time to get round the world; they had children, and they grew old, and then their children also grew old, until at last the parents were so old that they could not walk, but the children led them. And at last one day, they met—and of their drinking horns there was but the handle left, so many times had they drunk water by the way, scraping the horn against the ground as they filled them.

"The world is great indeed," they said when they met.

They had been young at their starting, and now they were old men, led by their children.

Truly the world is great.