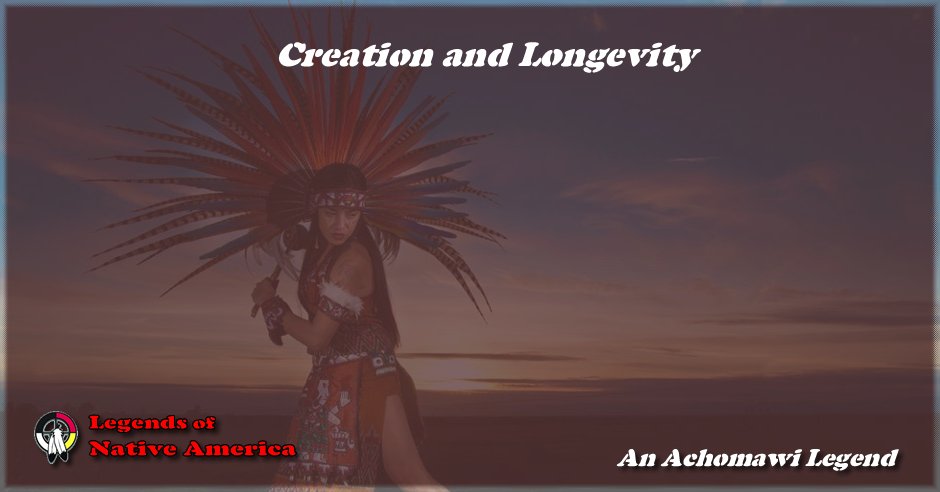 Coyote began the creation of the earth, but Eagle completed it. Coyote scratched it up with his paws out of nothingness, but Eagle complained there were no mountains for him to perch on.

So Coyote made hills, but they were not high enough. Therefore Eagle scratched up great ridges. When Eagle flew over them, his feathers dropped down, took root, and became trees. The pin feathers became bushes and plants.

Coyote and Fox together created man. They quarreled as to whether they should let men live always or not.

Coyote said, "If they want to die, let them die."

Fox said, "If they want to come back, let them come back."

But Coyote's medicine was stronger, and nobody ever came back. Coyote also brought fire into the world, for the Indians were freezing. He journeyed far to the west, to a place where there was fire, stole some of it, and brought it home in his ears.

He kindled a fire in the mountains, and the Indians saw the smoke of it, and went up and got fire.

Myths and Legends of California and the Old Southwest, by Katharine Berry Judson, 1912