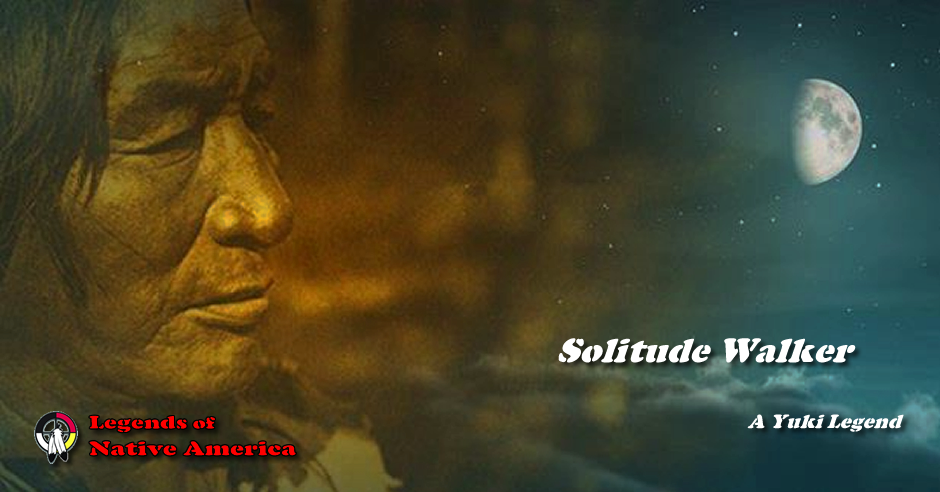 There was only water, and over it a fog. On the water was foam. The foam moved round and round continually, and from it came a voice. After a time there issued from the foam a person in human form. He had wing feathers of the eagle on his head. This was Taiko-mol. He floated on the water and sang. He stood on the foam, which still revolved. There was no light. He walked on the water as if it were land. He made a rope and laid it from north to south, and he walked along it, revolving his hands one about the other; and behind him the earth was heaped up along the rope. But the water overwhelmed it. Again he did this, and again the water prevailed. Four times this was done.

Taiko-mol was constantly talking to himself: "I think we had better do it this way. I think we had better try it that way." So now he talked to himself, and he made a new plan. He made four lilkae, and planted one in the north and the others in the south, west, and east. Then he stretched them out until they were continuous lines crossing the world in the center. He spoke a word, and the earth appeared. Then he went along the edge and lined it with whale hide, so that the ocean could not wash away the earth. He shook the earth to see if it was solid, and he still makes this test, causing earthquakes.

The earth was flat and barren, without vegetation and rivers. And still there was not light. In the ocean were fish and other creatures, but on the earth was nothing. Yet Taiko-mol had the feathers of various birds. He laid buzzard feathers and eagle feathers on the ground, and they became mountains. With lightning he split the mountains, and streams issued forth. He made all the birds and beasts, which in those times were persons. Afterwards he changed them into their present forms and created real human beings.

He built a house, and in it he laid sticks of mountain mahogany. Those with knobs on the ends were to be men, the smooth ones women, the small ones children. He said, "In the morning there will be much noise in this house. There will be laughing and talking." And in the morning the house was full of people, all laughing and talking. The earth was populated, and Taiko-mol went forth from the north all around the earth to give the tribes different languages. When all his work was done, he went up into the sky.