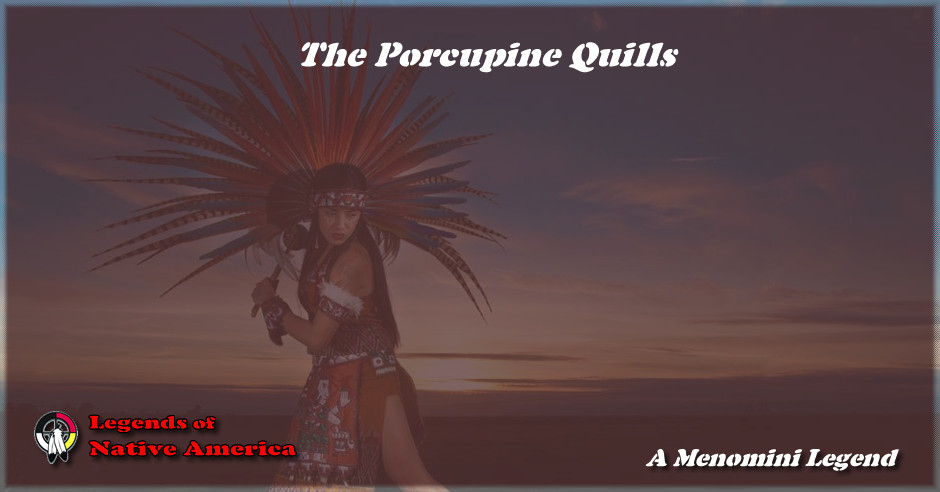 Some Indian women, who had once befriended Manabush, went to him. They wanted some procupine quills. With them they wished to ornament some garments. He gladly promised to try to get them. He traveled through the forests and over the hills to find Porcupine. They were friends. When he found him he told him of his mission. But Porcupine refused to give away any of his quills. Neither would he exchange any for anything which Manabush could offer. He was going to a dance and ceremony and needed all of the quills he had.

Manabush determined to have some of the quills. He said he was very hungry and asked Porcupine if he had a kettle. Manabush gathered various edible herbs of which his friend was fvery fond and could produce sleep. Porcupine ate heartily of the meal and fell asleep. While he was asleep Manabush drew a lot of fine quills from his body and went away. The women were greatly pleased with the quills. They flattened and dyed them in bright colors. When Porcupine later visited the Indian camp he saw all of the women wearing buckskin garments, beautifully ornamented with procupine quills. He was suspicious, but too late.