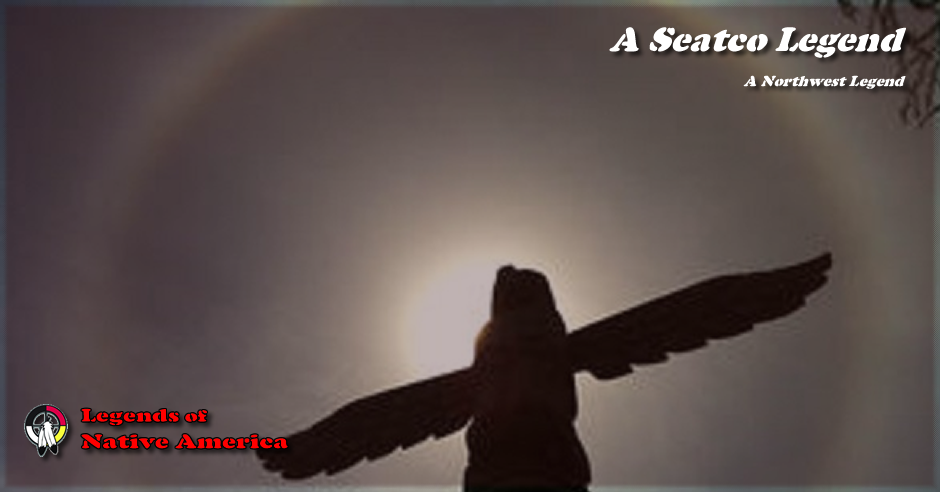 In the days long gone by, the Indians had a sacred place in the heart of the Olympic Mountains .It was a valley wide and level, with peaks high on every side. The base of the mountains was covered with cedar, fir and pine, which stayed green throughout the year. A small stream murmured through the valley and flowers of many kinds grow on its banks and spread through the meadows.

It was a place of peace, for it was held sacred by all the neighboring tribes. Once every year, all the Indian nations, even those that at other times made war upon each other, gathered in the "Valley of Peace ." Coming from all directions, they climbed the trails to the summits of the mountains and gazed upon the beautiful valley below them.

Then they put away their weapons of war, went down into the valley and greeted their former enemies with signs of peace. There they traded with each other and enjoyed games and contests of strength and skill.

These friendly gatherings were held for many years in the "Valley of Peace ."

But "Seatco, Chief of all the Evil Spirits,” became angry with the people who gathered there. Seatco was a giant who could trample whole tribes under his feet. He was taller than the tallest fir trees. His voice was louder than the roar of the ocean and his face was more terrible to look upon than the face of the fiercest wild beast. He could travel by land, in the water and in the air. He was so strong that he could tear up a whole forest by the roots and heap rocks into mountains; by just blowing his breath, he could change the course of rivers.

This demon became angry without reason at all the nations that gathered in the "Valley of Peace ." One year when they were there for trading and for contests of peace, Seatco came along with them. He caused the earth and water to swallow the people.

Not many Indians escaped. A few rushed away in time to save themselves from the anger of Seatco. They returned to their villages to warn their people to stay away from the valley.

The Indians never went there again…

An excerpt from Ella E. Clark's "Indian Legends of the Pacific Northwest ..."