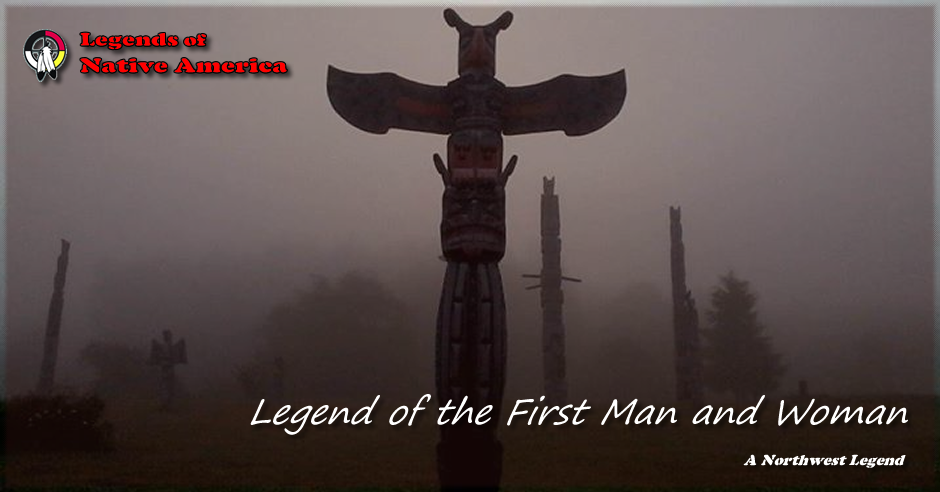 The wolf was very important to us because in a bad salmon year a wolf brought us half a deer, only keeping half for himself. We believe that the first man was transformed from a wolf as a gift. He was very lonely, and angry at being alone when everything else in nature had a partner. The Great Spirit gave him a vision of diving off a cliff into the ocean, for at the center of the world lived the Spiritual Grandmother. When he hit the water he went to the bottom and returned with two hands full of sediment which he was to place in a ceremonial manner in a circle of cedar boughs. He did so and the day ended..

When the sun came up next day a beautiful woman was sitting there. She was to be the mother of his children and treated with great respect and love, a gift of mother earth. If he failed to comply his family would not flourish..

As told to Leonard George by Josephine Charlie who worked with Leonard on the CBC series The Beachcombers: