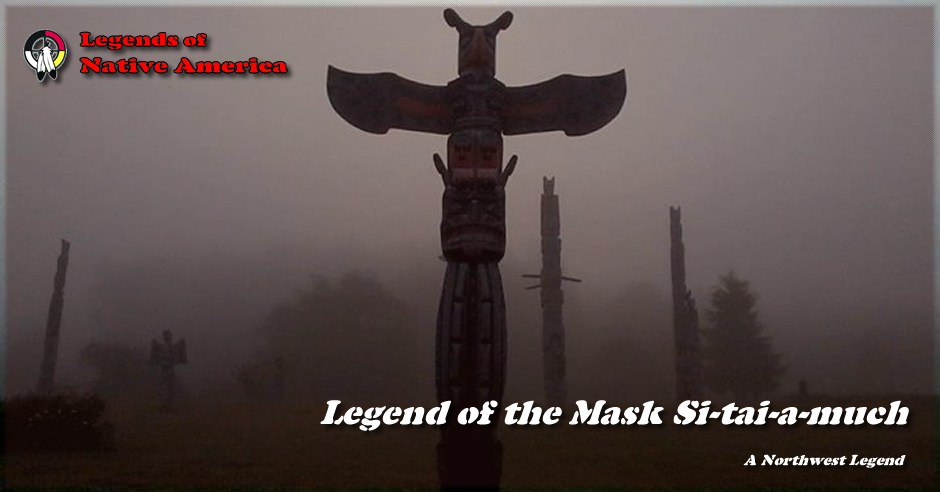 The name of Si-tai-a-much belonged to the head man of the band of Tsla-a-wat, who lived at what is now known as Lumberman‘s Arch. He was a man of considerable wealth, being a highly skilled canoe builder.

His canoe building was done mostly on the shores of Ach-a-tchu (Beaver Lake). Here the magnificent red cedars were an inspiration and source of raw material for the artist.

One day as he laboriously felled a huge cedar for a new canoe, he was dismayed that it split from butt to tip as it hit the ground. Looking carefully along the split for some way to redeem this

great tree, he found inside a curious mask and several strange seashells.

Carefully, he removed the mask from the tree, and as he held it he felt a new power rising in himself, which made him very happy indeed, for now his family would be safe from all perils. To honour this great event he changed his name to Squai-Squai, for such was the name of the mask.

Squai-Squai eventually came to be very widely known for his extraordinary powers as a medicine man, and this strange power was passed on to his daughter when the mask was willed to her upon his death.

As the pages of time have turned, the mask has seen many changes in the destiny of the Indian people.