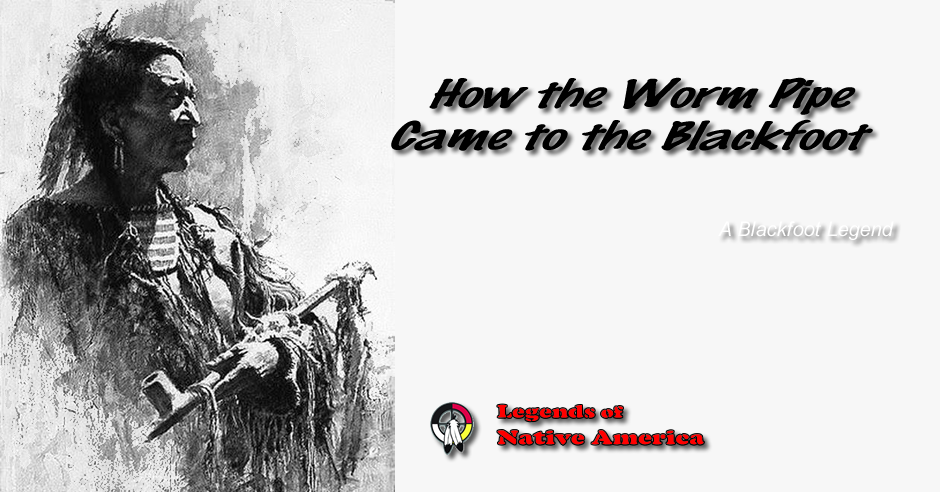 There was once a man who was very fond of his wife. After they had been married for some time they had a little boy. After that the woman fell sick and did not get well. The young man loved his wife so dearly that he did not wish to take a second wife. She grew worse and worse. Doctoring did not seem to do her any good, and at last she died. The man used to take his baby on his back and travel out from the camp, walking over the hills crying. He kept away from the village.

After some time he said to his child, "My little boy, you will have to go and live with your grandmother. I am going to try to find your mother and bring her back."

He took the baby to his mother's lodge and asked her to take care of him, and left it with her. Then he started off to look for his wife, not knowing where he was going nor what he was going to do.

He traveled toward the land of the dead; and after long journeying, by the assistance of helpers who had spiritual power, he reached it.

The old woman who helped him to get there told him how hard it was to penetrate to the ghosts' country, and made him understand that the shadows would try to scare him by making fearful noises and showing him strange and terrible things.

At last he reached the ghosts' camp, and as he passed through it the ghosts tried to scare him by all kinds of fearful sights and sounds, but he kept up a brave heart. He reached a lodge, and the man who owned it came out and asked him where he was going. He said, "I am looking for my dead wife. I mourn for her so much that I cannot rest. My little boy, too, keeps crying for his mother. They have offered to give me other wives, but I do not want them. I want only the one for whom I am searching."

The ghost said to him: "It is a fearful thing that you have come here. It is very likely that you will never get away. There never was a person here before." But the ghost asked him to come into the lodge, and he entered.

Then this chief ghost said to him: "You shall stay here for four nights, and you shall see your wife; but you must be very careful or you will never go back. You will die right here." Then the chief went outside and called for a feast, inviting this man's father-in-law and other relations who were in the camp, saying, "Your son-in-law invites you to a feast," as if to say that their son-in-law was dead, and had become a ghost, and had arrived at the ghosts' camp.

Now when these invited people, the relations and some of the principal men of the camp, had reached the lodge, they did not like to go in. They called out, "There is a person here!"

It seemed that there was something about him that they could not bear the smell of. The ghost chief burned sweet pine in the fire, which took away this smell, and the people came in and sat down.

Then the host said to them: "Now pity this son-in-law of yours. He is seeking his wife. Neither the great distance nor the fearful sights that he has seen here have weakened his heart. You can see for yourselves he is tender-hearted. He not only mourns for his wife, but mourns also because his little boy is now alone, with no mother; so pity him and give him back his wife."

After consultation the ghosts determined that they would give him back his wife, who should become alive again. They also gave him a sacred pipe. And at last, after many difficulties, the man and his wife reached their home.

How the Worm Pipe Came to the Blackfoot
A Blackfoot Legend, 1900