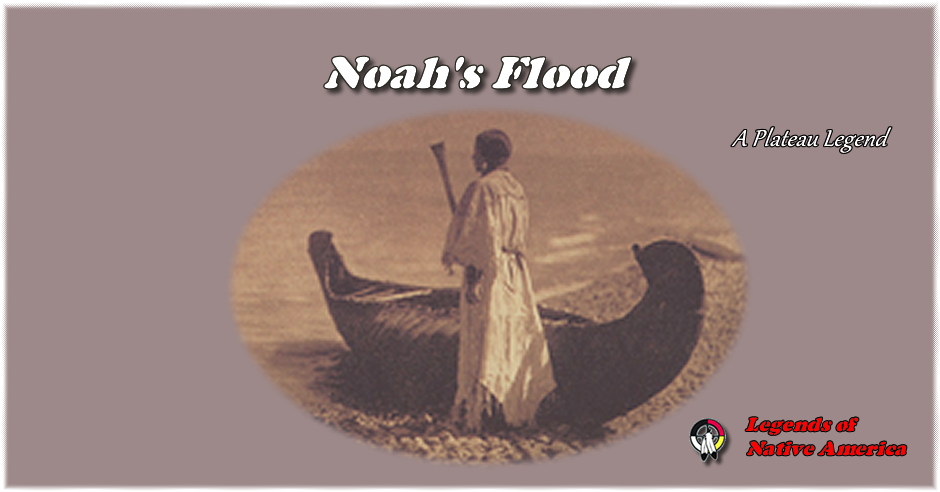 The creator came down to the earth, and found it was very dirty, and full of bad things, bad people, mysteries, and cannibals. He thought he would make a flood to clean the earth, and drown all the bad people and monsters.

The flood covered the tops of the mountains; and all the people were drowned, except one man and his two daughters, who escaped in a canoe. When the water receded, they came ashore and found that the earth was clean. They were starving, and looked for food, but nothing edible could they see. No plants grew near by, only some trees of several varieties.

They crushed a piece of fir with stones, and soaked it in water. They tried to eat it, and to drink the decoction; but it was too nasty, and they threw it away. Thus they tried pine, alder, and other woods, and at last they tried service-berry wood, which tasted much better. The women drank the decoction, and found that it made them tipsy. They gave some to their father, and he became quite drunk. Now they thought to themselves, "How is the earth to be peopled!"

These children, when they grew up, married one another, and thus was the earth repeopled. The animals and birds also became numerous again.