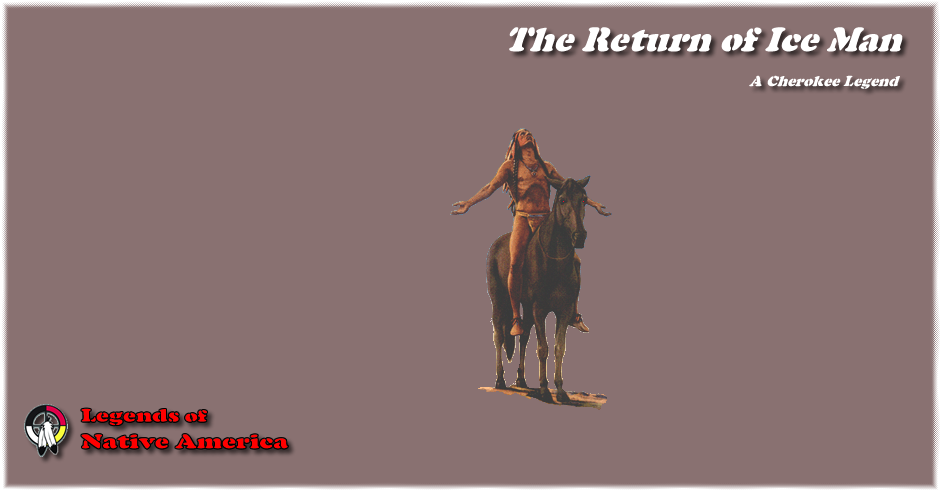 When the first man was created and a mate was given to him, they lived together very happily for a time, but then began to quarrel.

At last the woman left her husband and started off toward the Sun Land (Nundagunyi) in the east.

The man followed alone and grieving, but the woman kept on steadily ahead and never looked behind, until "Unelanunhi," the great Apportioner (The Sun), took pity on him and asked him if he was still angry with his wife.

He said he was not, and "Unelanunhi" then asked him if he would like to have her back again, to which he eagerly answered yes.

So "Unelanunhi" caused a patch of the finest ripe huckleberries to spring up along the path in front of the woman, but she passed by without paying any attention to them. Farther on he put a clump of blackberries, but these also she refused to notice. Other fruits, one, two, and three, and then some trees covered with beautiful red service berries, were placed beside the path to tempt her, but she will went on until suddenly she saw in front a patch of large ripe strawberries, the first ever known.

She stooped to gather a few to eat, and as she picked them she chanced to turn her face to the west, and at once the memory of her husband came back to her and she found herself unable to go on.

She sat down, but the longer she waited the stronger became her desire for her husband, and at last she gathered a bunch of the finest berries and started back along the path to give them to him. He met her kindly and they went home together.