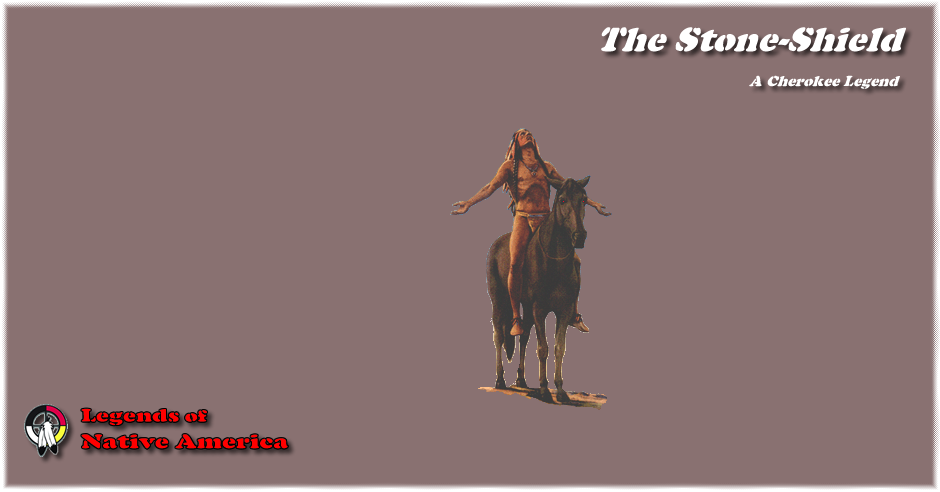 In ancient times there lived among the Cherokees two strange beings, -- monsters of human form, resembling Cherokees in appearance. These two monsters, a man and a woman, lived in a cave. They were call Nayunu'wi (Stone-shields, or Stone-jackets_, or Uilata (sharp, pointed), because they had sharp-pointed steel hands.

These monsters killed children, and sometimes adults. As they dressed like Cherokees, ans spoke their language, it was difficult to distinguish them from this people.

The man generally killed hunters and other people who were alone and far from home, by attacking them. The woman used tricks to procure her victims. She came to the houses, kindly offering her services, offering to nurse children, and do similar things.

As soon as she had a child in her arms, she ran away with it, until she was out of hearing, and pierced the brain of the child with her steel hand, then took the liver from the body and disappeared. They Nayunu'wi appear to have lived on the livers of their victims.

The older Cherokees, long tired of the ravages of these monsters, held a council to determine the best way of killing the Uilata. At last they resolved to kill them with arrows, not knowing that the Uilata were stone clad. As soon as they saw an opportunity to attack the woman, they shot their arrows at her with all their might, but they were very much astonished to see that the arrows did not take the slightest effect.

They shot the monster's hand, and it dropped dead. At the moment it fell its stone jacket broke into pieces. The people gathered the fragments, and kept them as sacred amulets, for luck in war, in hunting, and in love.

The man-monster disappeared; according to tradition, it went north.