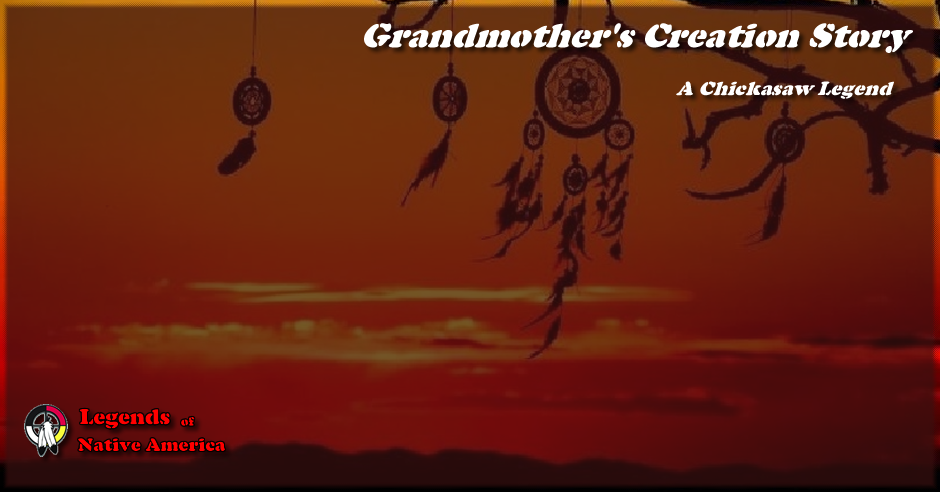 "Long ago the Creator looked out over the perfect world he had made, at the oceans, mountains, plains, deserts, lakes and rivers and he was pleased. He looked upon the plants and trees and was happy at what he saw. Still he felt there was something missing.

There was no movement, nothing to enjoy the beauty he had created. So he created the animals, birds, creepers, and fish. He made them in all sizes, forms, colors and shapes. As he watched them roam over Mother Earth, enjoying the beauty of his creations he was pleased with all that he had done. Life continued on Mother Earth in perfect balance and harmony.

Many moons passed and one day the animals, birds, creepers, and fish called out to their Creator: "We thank you for all that you have given us, for all the beauty that surrounds us; however, everything is so plentiful that we have nothing to do but wander here and there, with no purpose to our lives.

The Creator gave great thought to their request. After a while he showed himself again to his creations. He told them he would give them a weaker creature to take care of, to look after and teach. This creature would not be so perfect as his other creations. It would come upon Mother Earth weak, small, and knowing nothing.So the Creator made man and woman and all his other creations were happy. Now they truly had a purpose in life: to care for these helpless humans; to teach them how to find food and shelter, and to show them the healing herbs.

The humans under the care of all, multiplied and grew to be many. Still the animals, birds, creepers, and fish took care of them. As the humans became stronger, they demanded more and more from their brothers.

Finally there came a day when a human man demanded more food than he needed, and the animal would not grant him his request. The man in great anger, picked up a rock and killed the animal. From the dead animal the man discovered that he could use the meat to feed himself and the skin to cover his body. The bones, claws, and teeth would be his trophys to show the other humans that now he was as smart as the animals.

When he showed these things to the other humans, in their greed to have all that he had, they started killing all of their animal brothers around them.

The animals knowing that the humans could not survive without them, begged the Creator to take pity on their human brothers and sisters.

Because the animals showed compassion and pity for ones weaker and less wise then theirselves, the Creator listened to their pleas. Because you are good and have followed my ways I will grant you your prayer. In order to protect you I will no longer allow you to speak with humans or guide and protect them. I will make you afraid of them so that you will no longer approach them. I will create a spirit animal to represent each of you and to this spirit animal I will grant one gift that he may use. If a human lives in a good and kind way and follows my path, they may ask me for one of my spirit animals to guide and keep them on my path. This spirit animal will only come to humans who have a good heart.

And so today we seek our spirit keepers to learn how to be as kind and wise as our animal brothers. In seeking them we wish to learn how to please the Creator, as the animals did before us.