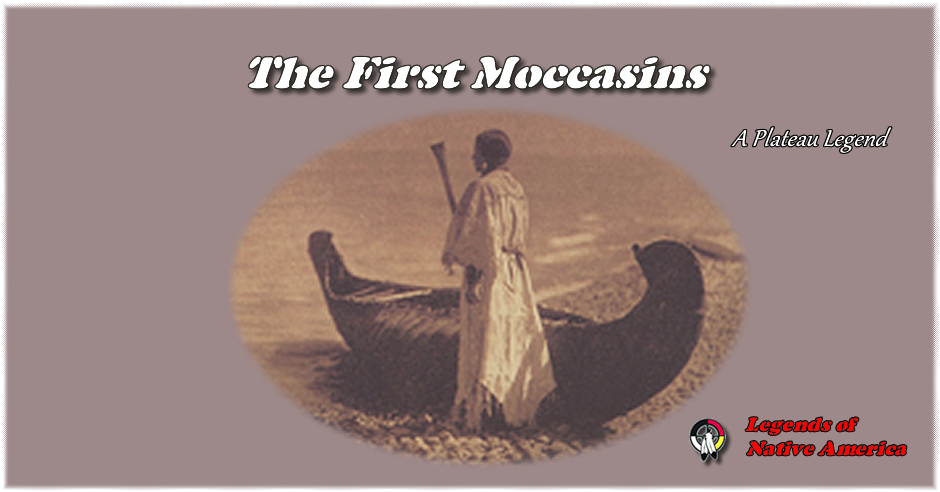 There was once a great Chief of the Plains who had very tender feet. Other mighty chiefs laughed at him; little chiefs only smiled as he hobbled past; and though they did not dare to smile, the people of the tribe also enjoyed the big chief's discomfort. All of them were in the same canoe, having no horses and only bare feet, but luckily very few of them had tender feet. The unhappily medicine man who was advisor to the Chief-of-the-Tender-Feet was afraid and troubled. Each time he was called before the chief he was asked, 'What are you going to do about it?" The 'it' meant the chief's tender feet.

Forced by fear, the medicine man at last hit upon a plan. Though he knew that it was not the real answer to the chief's foot problem, nevertheless it was a good makeshift. The medicine man had some women of the tribe weave a long, narrow mat of reeds, and when the big chief had to go anywhere, four braves unrolled the mat in front of him so that he walked in comfort. One day, the braves were worn out from seeing that the chief's feet were not worn out. They carelessly unrolled the mat over a place where flint arrowheads had been chipped. The arrowheads had long ago taken flight, but the needle- sharp chips remained. When the big chief's tender feet were wounded by these chips, he uttered a series of whoops which made the nearby aspen tree leaves quiver so hard that they have been trembling ever since.

That night the poor medicine man was given an impossible task by the angry chief: 'Cover the whole Earth with mats so thick that my feet will not suffer. If you fail, you will die when the moon is round.'

The frightened maker of magic crept back to his lodge. He did not wish to be put to death on the night of the full moon, but he could think of no way to avoid it. Suddenly he saw the hide of an elk which he had killed pegged to the ground, with two women busily scraping the hair from the hide, and an idea flashed into his groping mind. He sent out many hunters; many women were busy for many days; many braves with hunting knives cut, and women sewed with bone needles and rawhide sinews.

On the day before the moon was round, the medicine man went to the chief and told him that he had covered as much of the Earth as was possible in so short a time. When the chief looked from the door of his lodge, he saw many paths of skin stretching as far as he could see. Long strips which could be moved from place to place connected the main leather paths. Even the chief thought that this time the magic of the medicine man had solved tenderfoot transportation for all time - but this was not to be !

One day, as the big chief was walking along one of his smooth, tough leather paths, he saw a pretty maiden of the tribe gliding ahead of him, walking on the hard Earth on one side of the chief's pathway. She glanced back when she heard the pitter- patter of his feet on the elkhide pathway and seemed to smile. The chief set off on the run to catch up with her, his eyes fixed on the back of She-Who-Smiled, and so his feet strayed from the narrow path and landed in a bunch of needle-sharp thorns! The girl ran for her life when she heard the hideous howls of the chief, and Indians in the distant village thought that they were being attacked by wildcats.

Two suns later, when the chief was calm enough to speak again, he had his medicine man brought before him and told the unhappy man that next day, when the sun was high, he would be sent with all speed to the land of shadows.

That night, the medicine man climbed to the top of a high hill in search of advice from friendly spirits on how to cover the entire Earth with leather. He slept, and in a dream vision he was shown the answer to his problem. Amid vivid flashes of lightning, he tore down the steep hillside, howling louder than the big chief at times, as jagged rocks wounded his bare feet and legs. He did not stop until he was safely inside his lodge. He worked all night and until the warriors who were to send him on the shadow trail came for him, just before noon the next day. He was surrounded by the war-club armed guards. He was clutching close to his heart something tightly rolled in a piece of deerskin. His cheerful smile surprised those who saw him pass. 'Wah, he is brave!' said the men of the tribe. 'He is very brave!' said the women of the tribe.

The big chief was waiting just outside his lodge. He gave the guards swift, stern orders. Before the maker of magic could be led away, he asked leave to say a few words to the chief. 'Speak!' said the chief, sorry to lose a clever medicine man who was very good at most kinds of magic. Even the chief knew that covering the entire Earth with leather was an impossible task.

The medicine man quickly knelt beside the chief, unrolled the two objects which he took from his bundle and slipped one of them on each foot of the chief. The chief seemed to be wearing a pair of bear's hairless feet, instead of bare feet, and he was puzzled at first as he looked at the elkhide handcraft of his medicine man. 'Big chief,' the medicine man exclaimed joyfully, 'I have found the way to cover the Earth with leather! For you, O chief, from now on the Earth will always be covered with leather.' And so it was.