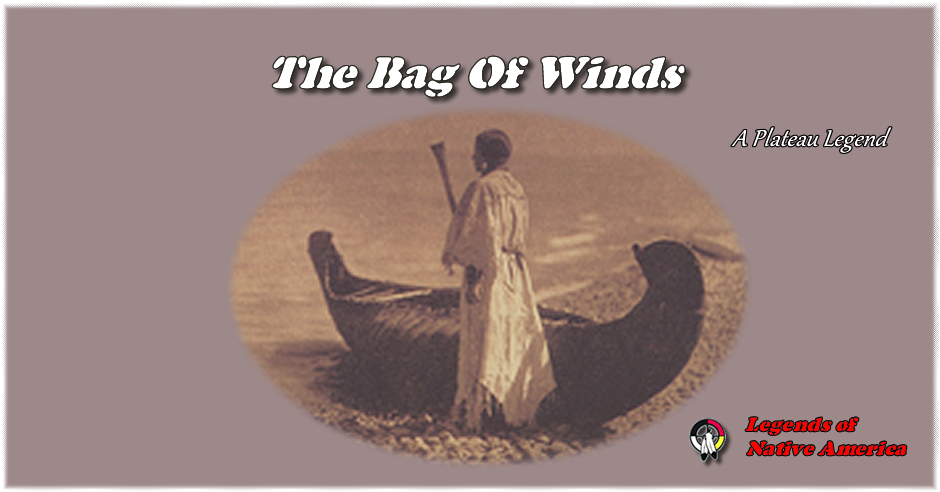 Long ago the Wind did much damage, blowing violently over the country of the Indian. Moreover, it often killed many people and destroyed much property. At that time there was a man who lived near Spences Bridge, and who had three sons.

The youngest was very ambitious, and fond of trying to do wonderful things. One day he said to his father and brothers, "I will snare the Wind"; but they laughed at him, saying, "How can you do that? The Wind is unseen." However, he went out and set a snare. He did not succeed for several nights, as his noose was too large. He made it smaller every night, and, on visiting his snare one morning, found he had caught the Wind. After great difficulty, he succeeded at last in getting it into his blanket, and made for home with it, where he put it down. He told his people that he had at last captured the Wind. They laughed at him. Then, to verify his statements, he opened one corner of the blanket, and immediately it began to blow fiercely, and the lodge itself was almost blown over.

The people cried to him to stay the force of the Wind, which he did by again tying up the corner of the blanket. At last he released the Wind on the condition that he would never blow strongly enough to hurt people in the Indian country again, which promise he has kept.

The Bag Of Winds
A Thompson Legend