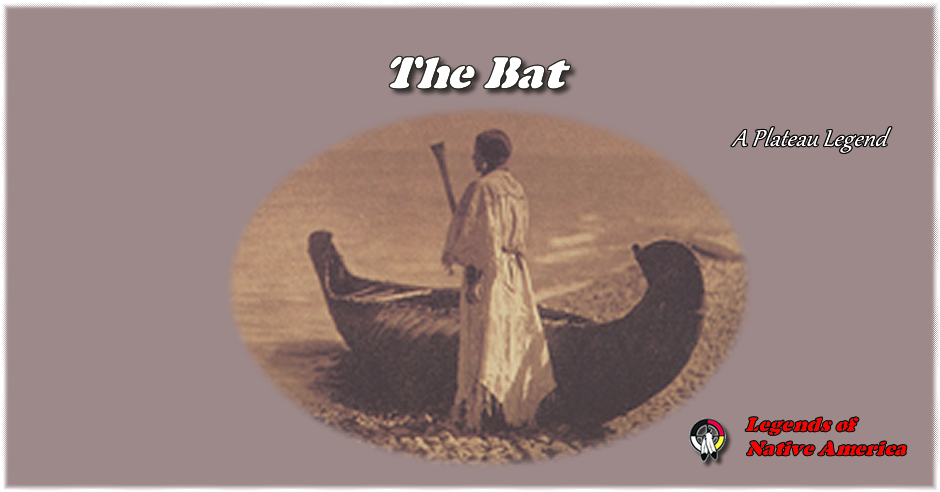 Once there was war between beasts and birds. Bat was on birds' side. In the first battle, the birds were badly beaten. As soon as Bat saw that the battle was going against them, he crept away, hid under a log, and stayed there till the fight was over.

When the animals were going home. Bat slipped in among them.

After they had gone some distance, they saw him and asked one another: "How is this? Bat is one of the men who fought against us?"

They didn't say anything more; they let Bat stay with them.

Soon after, there was another battle; in that battle birds won. As Bat's side was getting beaten, he slipped away and hid under a log. When the battle was over and birds were going home, Bat went in among them.

When they noticed him, they said: "You are our enemy; we saw you fighting against us."

"Oh, no," said Bat, "I am one of you; I don't belong to those beasts. Did you ever see one of those people who had wings?"

They didn't say anything more; they let him stay with them.

So Bat went back and forth as long as the war lasted. At the end of the war, birds and beasts held a council to see what to do with him. At last they said to Bat: "Hereafter, you will fly around alone at night, and you will never have any friends, either among those that fly, or those that walk."