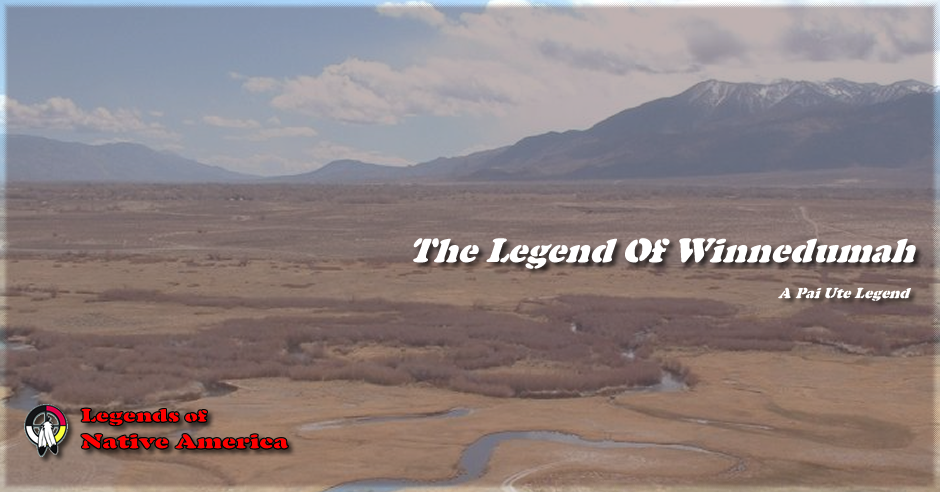 Long, long ago there lived in what the white man calls Owens River Valley, two tribes, one, the Paiutes, occupying the eastern side and the slopes of the Inyo Range, the other the Waucobas on the western side on the slopes of the Sierra and in particular the region about Mt. Williamson and extending westward to the valley now called San Joaquin.

The roaring ocean backed up its waters and flooded the wonderful valley, so that the Indians had to signal to each other by fires, but the Great spirit sent a terrible earthquake which shook the mountains for many days, and the pale waters fled away and the green grass came again. The tribes were at war.

One day on his lookout on Mt. Williamson, a Waucoba Brave, espying two Paiute brothers ascending the crest of the Inyo Range set to the sinewy bow-string of his mighty bow, an arrow made from a tree growing only in the western mountains. The arrow released from the twanging bow, winged its way fifteen miles across the valley and pierced the back of one of the Paiutes, who fell dead, his body turning to stone and lying face down across the crest.

Head to the east, and feet to the west, terrified his brother started to run, but the Waucoba warrior in a voice of thunder shouted to him the command, Winnedumah! which means, STAY RIGHT WHERE YOU ARE. And lo, the Paiute instantly became the shaft of granite and has never since moved, awaiting his release by the great spirit.

Marvelous to tell the fatal arrow took root in the stone body of its victim and grew into a tree, still living like that from which the arrow was made and the only one of its kind in the Inyo Range.