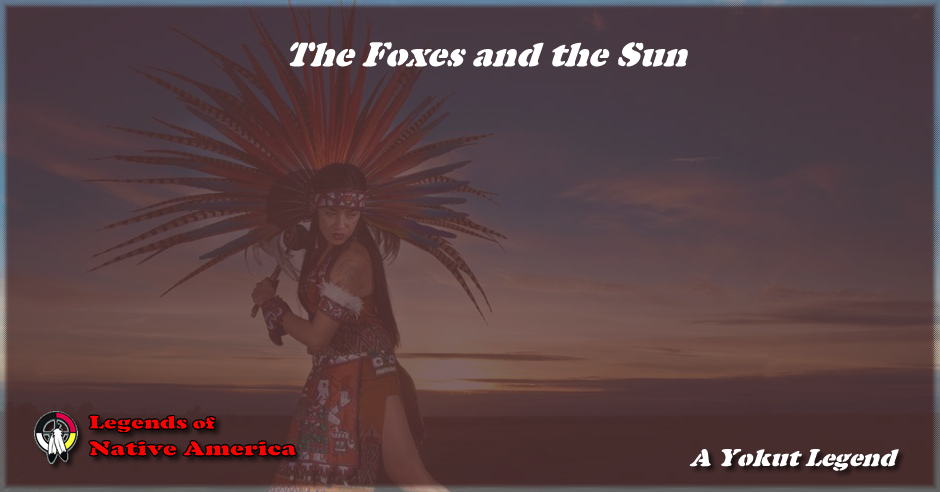 Once upon a time, the Foxes were angry with Sun. They held a council about the matter. Then twelve Foxes were selected - twelve of the bravest to catch Sun and tie him down.

They made ropes of sinew; then the twelve watched until the Sun, as he followed the downward trail in the sky, touched the top of a certain hill. Then the Foxes caught Sun, and tied him fast to the hill. But the Indians saw them, and they killed the Foxes with arrows. Then they cut the sinews.

But the Sun had burned a great hole in the ground. The Indians know the story is true, because they can see the hole which Sun burned.