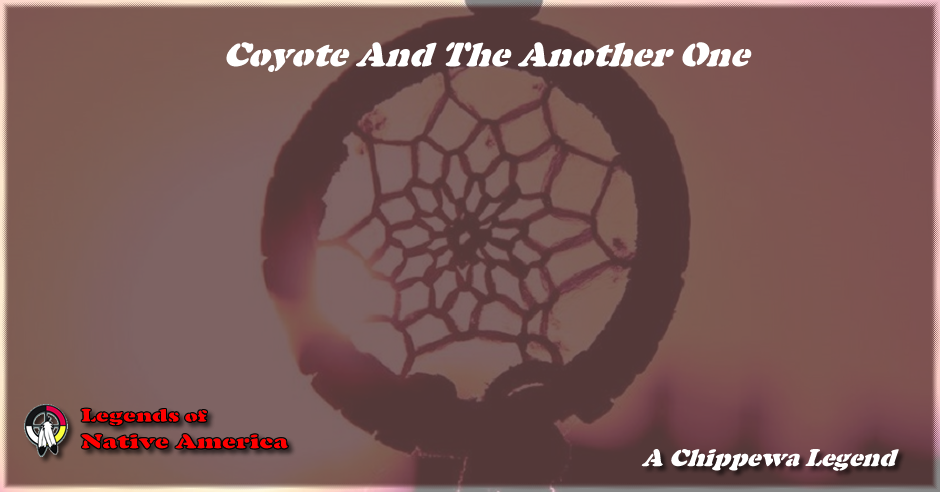 Two Coyotes were crossing a farmers field. Both Coyotes were strangers to each other for they had never met. Just as they were about to introduce themselves they heard the farmer yell, "There's a Coyote in the field!" The first Coyote turned to the other and told him to run! They both started to run for the trees when they heard the farmer yell, "And there goes another one!". Finally both Coyotes made it to the cover of the trees and they started to introduce themselves. "I never saw you before, I am Wanderer, I am a Coyote like you." The other Coyote looked at him oddly and said, "I am Sleek, but I am not a Coyote like you."

"Yes you are," said Wanderer.

"Look my friend, you are confused. You have ears like mine, you have a tail like mine, our fur is the same, our snouts are the same, everything is the same, you are just like me and we are both Coyotes," Wanderer tried to explain. "Listen let's run across the field again and you will see," challenged Sleek. So off they ran. First went Wanderer and again the Farmer yelled, "There goes that darn Coyote." Then Sleek took afoot and the Farmer yelled, "And there goes another one... again!"

When the two Coyotes reached the other side of the field they ducked into the woods. Wanderer turned to sleek and said, "There! Didn't you hear the Farmer? He called us both Coyotes." Sleek look disappointed with his new confused friend and said, "Yes I heard the Farmer. He called you a Coyote, but I am an `Another One'."

Our problem is, we are listening to the Farmers tell us who we are. Something to talk about.