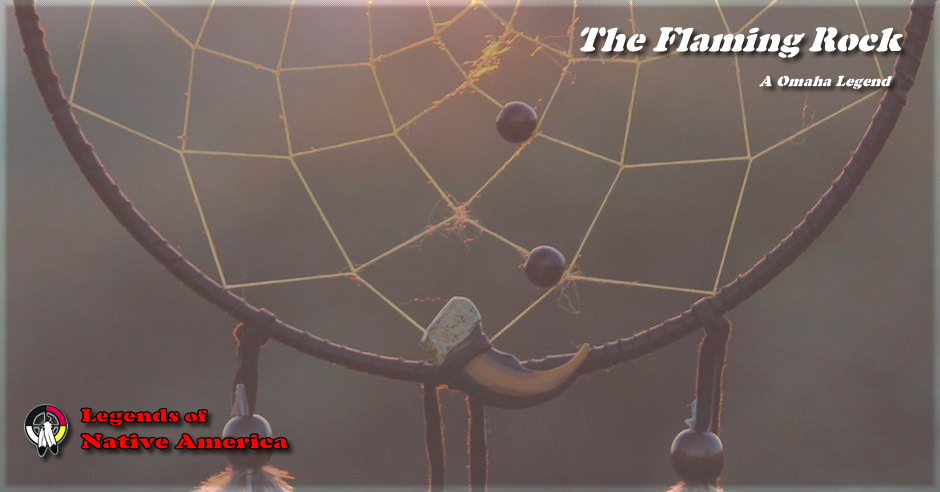 At the beginning all things were in the mind of Wakonda. All creatures, including man, were spirits. They moved about in space between the earth and the stars. They were seeking a place where they could come into a bodily existence. They ascended to the sun, but the sun was not fitted for their abode. They moved on to the moon and found it also was not good for their home. Then they descended to the earth. They saw it was covered with water. They floated through the air to the north, the east, the south, and the west, and they found no dry land. They were sorely grieved.

Suddenly from the midst of the water uprose a great rock. It burst into flames and the waters floated into the air in clouds. Dry land appeared; the grasses and the trees grew. The hosts of spirits descended and became flesh and blood. They fed on the seeds of the grasses and the fruits of the trees, and the land vibrated with their expressions of jot and gratitude to Wakonda, the maker of all things.