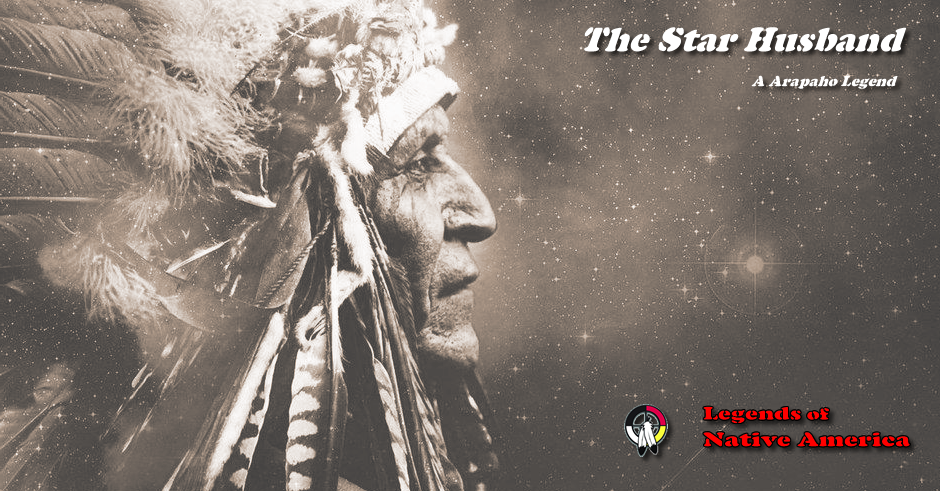 There was a camp-circle. A party of women went out after some wood for the fire. One of them saw a porcupine near a cottonwood tree and informed her companions of the fact. The porcupine ran around the tree , finally climbing it, where upon the woman tried to hit the animal, but he dodged from one side of the trunk of the tree to the other, for protection. At length one of the women started to climb the tree to catch the porcupine, but it ever stopped just beyond her reach. She even tried to reach it with a stick, but with each effort it went a little higher.

"Well!" said she, "I am climbing to catch the porcupine, for I want those quills, and if necessary I will go to the top."

When porcupine had reached the top of the tree the woman was still climbing, although the cottonwood was dangerous and the branches were waving to and fro; but as she approached the top and was about to lay hands upon the porcupine, the tree suddenly
lengthened, when the porcupine resumed his climbing.

Looking down, she saw her friends looking up at her, and beckoning her to come down; but having passed under the influence of the porcupine and fearful for the great distance between herself and the ground, she continued to climb, until she became the merest speck to those looking up from below, and with the orcupine she finally reached the sky.

The porcupine took the woman into the camp-circle where his father and mother lived. The folks welcomed her arrival and furnished her with the very best kind of accommodation. The lodge was then put up for them to live in. The porcupine was very industrious and of course the old folks were well supplied with hides and food. One day she decided to save all the sinew from the buffalo, at the same time doing work on buffalo robes and other things with it, in order to avoid all suspicion on the part of her husband and the old folks, as to why she was saving the sinew. Thus she continued to save a portion of the sinew from each beef brought in by her husband, until she had a supply suitable for her purpose.

The husband was constantly bringing in the beef and hide, in order that he might keep his wife at work at home all the time. But she was a good worker and soon finished what was required for them.

Seeing that she had done considerable work, one day she started out in search of hog potatoes, and carried with her the digging stick. She ran to a thick patch and kept digging away to fill her bag. She accidentally struck a hole which surprised her very much, and so she stooped down and looked in and through the hole, seeing below, a green earth with a camp-circle on it.

After questioning herself and recognizing the camp-circle below, she carefully covered the spot and marked it. She took the bag and went to her own tipi, giving the folks some of the hog potatoes. The old folks were pleased and ate the hog potatoes to satisfy their daughter-in-law. The husband returned home too, bringing in beef and hides.

Early one morning the husband started off for more beef and hides, telling his wife to be careful about herself.

After he was gone, she took the digging stick and the sinew she had to the place where she struck the hole. When she got to the hole, she sat down and began tying string, so as to make the sinew long enough to reach the bottom.

She then opened the hole and laid the digging stick across the hole which she had dug, and tied one of the sinew strings in the center of this stick, and then also fastened herself to the end of the lariat. She gradually loosened the sinew lariat as she let herself down, finally finding herself suspended above the top of the tree which she had climbed, but not near enough so that she could possibly reach it.

When the husband missed her, he scolded the old people for not watching their daughter-in-law. He began to look for her in the direction in which she usually started off, but found no fresh tracks, though he kept traveling until he tracked her to the digging stick which was lying across the hole.

The husband stooped down and looked into this hole and saw his wife suspended from this stick by means of a sinew lariat or string. "Well, the only way to do is to see her touch the bottom," said he. So he looked around and found a circular stone two or three inches thick, and brought it to the place.

Again he continued, "I want this stone to light right on top of her head," and he dropped the stone carefully along the sinew string, and it struck the top of her head and broke her off and landed her safe on the ground. She took up the stone and went to the campcircle. This is the way the woman returned.