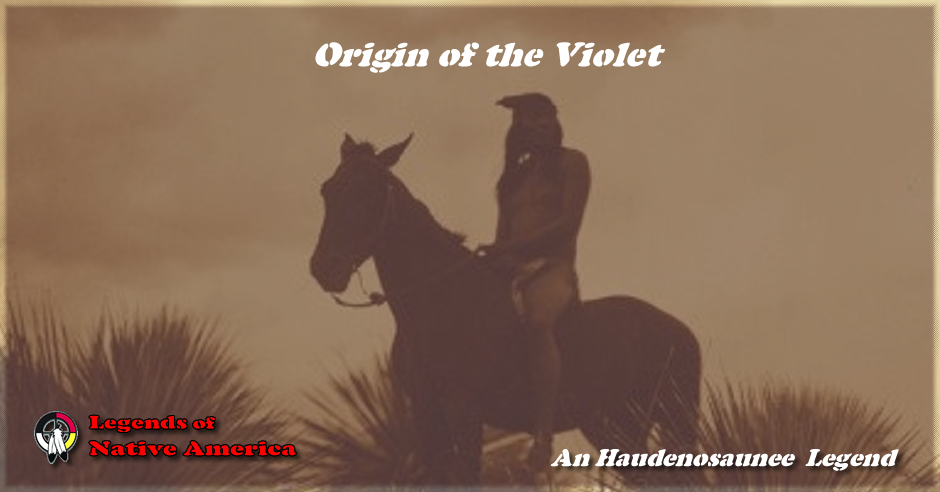 There was a brave Indian many moons before the white man came to the land of his fathers who was the pride of all the men of the east. Though he was young, yet among his people his word was law and his counsels were listened to by the older chiefs with much attention. Three times had he done his people service they could never forget.

Once, the great heron, that had preyed upon the children of the tribe for a long time, had fallen pierced to the heart by the arrow from his bow. He had gone alone and unarmed many days' journey without food to the mountain where dwelt the witches, and brought from the medicine caves the roots that cured his people of the plague. The third great service was when he had led a band of warriors against their enemies over the mountains and returned victorious. But on this journey the young warrior had seen a maiden whom he loved, and he wanted her for his wigwam.

The maiden dwelt among the tribe that had felt the weight of the young chief's blow, and the warfare between them prevented his buying her with the quills of the wampum bird, as he could have done had she been one of his own people. And yet, the young chief thought, unless he could light his wigwam with the brightness of the maiden's eyes, his heart would no longer be brave and he could not lead his young men to battle. For many moons he was in hiding in the woods near the village of his foes, patiently watching for the maiden whose eyes had softened his heart. He sang the praises of his loved one so often to the birds as he crouched near their nests in the branches of the trees that they took up his song and bore it with them in their flight over the plains and valleys. So often did the bear, the fox and the beaver hear the praise of the maiden murmured by the young chief in his sleep that they thought the forests had brought forth a new flower of more radiant beauty than any they had seen.

At last the young chief's vigils and waiting were rewarded, for one day the maiden wandered into the forest. With the calls of the song birds and by singing her praises he lured her far from her home, and then he seized and bore her away toward the hunting-grounds and village of his people. The maiden had been watched by the jealous eyes of a young brave who was her suitor, but he was cowardly, and when he saw her borne swiftly away on the shoulders of the dreaded chief, he dared not follow, but ran swiftly back to the village to give the alarm.

The braves placed him in the hands of the women because he was a coward, and started quickly in pursuit of the girl and her captor. All night they followed them over the rugged mountains and through the dark forests. In the morning they overtook them and were filled with rage when they saw that the maiden was a willing captive, for she had given her heart to the strong young chief, knowing that he was brave and loved her. To signify her willingness to go with him she had plaited the braids of her hair about his neck, as was the customary way among them to indicate a marriage. Enraged at their foe for his daring and at the girl for deserting her people, the pursuing warriors killed them both on the spot and left their bodies where they fell—the great braids of the maiden's hair encircling her lover's neck.

From this spot sprang the violets; and the winds and birds carried the seeds of the little flowers over all the world, into all countries where men dare and maidens love, so that the Indians of all ages might know that the Great Spirit would always raise a monument to true love and bravery.