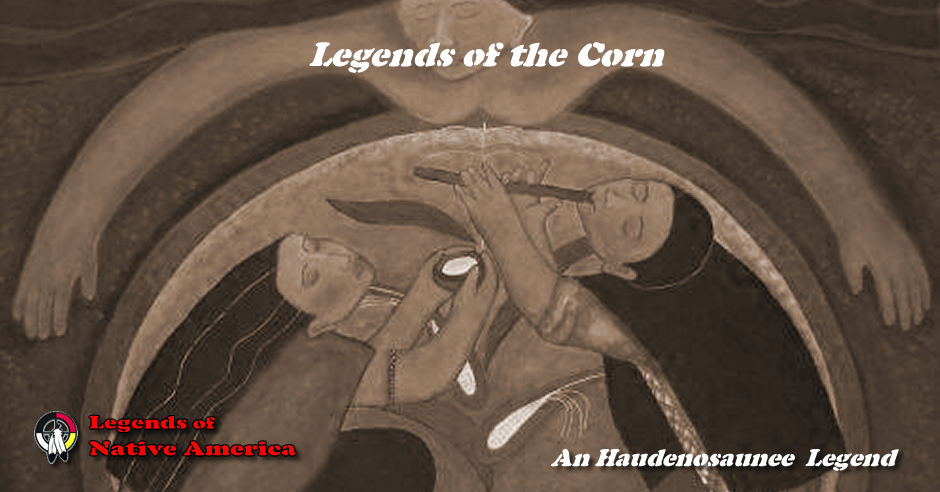 An old and honored chief went alone to the top of a high mountain to meet the Great Spirit. The chief told the Great Spirit that the red men were tired of the roots and herbs which, with the fruits that grew on the trees and the bushes, made up their food, and he asked the Father to send them some of the food used in the Happy Hunting-Grounds.

The Great Spirit told the chief to take his wives and papooses and go forth in the moon of rains and stand on one of the plains, not moving from the place where they stopped for the space of three suns. Then the Great Spirit would come and give the Indians food. The chief went back to his people and told them what he had heard from the Great Spirit. When the moon of rains came they did as the chief had been directed. In three suns all had fallen asleep. They were left undisturbed by the Indians, for this peculiar manifestation was regarded as a mark of especial favor. In a few weeks the old chief and the members of his family had changed into luxuriant green plants. The council assembled, sent the wise men to visit the field, and what they found there was corn.

Long and earnestly a young brave wooed a beautiful maiden, and at last gained her consent to live with him in his wigwam. But the days and nights were lonely without her and the young brave could not remain away from her lodge. Fearing that she might be stolen by one of her many admirers, or that danger might come to her, he slept at night in the forest that he might be near to protect her. One night he was awakened by a light footstep and, starting up, saw his loved one stealing out of her lodge as a sleep-walker. He pursued her, but, as if fleeing in her dreams from a danger that threatened her life, she ran from him, speeding through the paths like the fleet-footed hare. On and on he followed, and finally drew so near that he could hear her quick breath and the rapid beating of her heart. With all his remaining strength the lover sprang forward and clasped the maiden's form to his breast. What was his grief and astonishment when he found that his arms clasped, not the maiden he loved, but a strange plant the like of which he had never seen before. The maiden had awakened just as her lover overtook her, and had been so frightened at her surroundings that she was transformed. She had raised her arms to her head just as her lover caught her, and her uplifted hands were changed into ears of corn, and where her fingers caught her hair the maize bears beautiful silken threads.