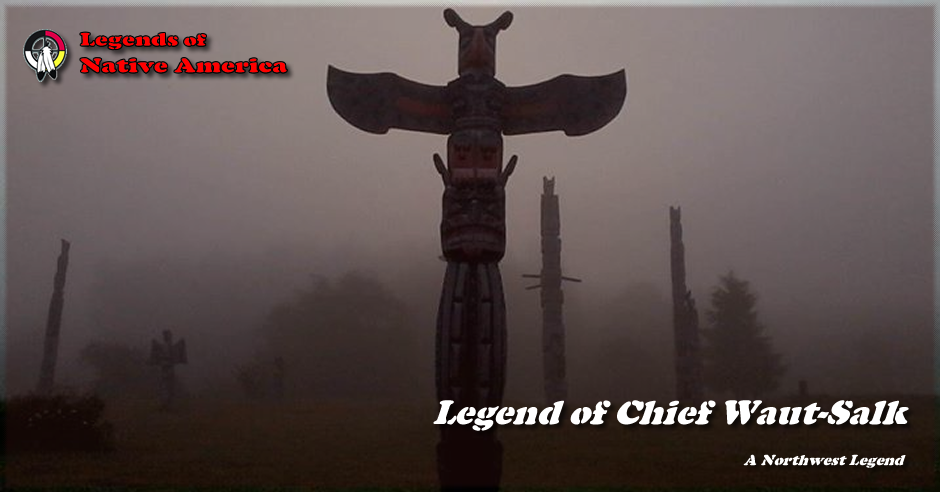 Chief Waut-Salk talked to all the elements of Mother Nature, and she always responded in some way. When he noticed some boys throwing rocks at the spawning salmon at Indian River he told them to stop. When you hurt the salmon, you also hurt me, he said, but the boys only laughed and kept throwing rocks.

.Okay, he warned, Tomorrow there will be no salmon. And the next day not a salmon could be seen, although it was in the middle of the salmon run, when there were so many fish you could almost walk on their backs.

The people became very concerned and asked Waut-Salk to ask for the fishes return. He did and they returned again. Waut-Salk was said to have a close relationship with all marine life. He could make them come and go at will.

When he died he was buried on Boulder Island in the traditional native custom, wrapped in cedar bark and placed in a tree. Missionaries later denounced this practice and convinced Waut-Salk‘s son to bury the remains. The son placed them in a canoe to transfer them to the native band‘s cemetery in North Vancouver. Two Orca whales and scores of smaller fish escorted the canoe to the shore and did not leave until Waut- Salk‘s remains were properly buried in the ground.