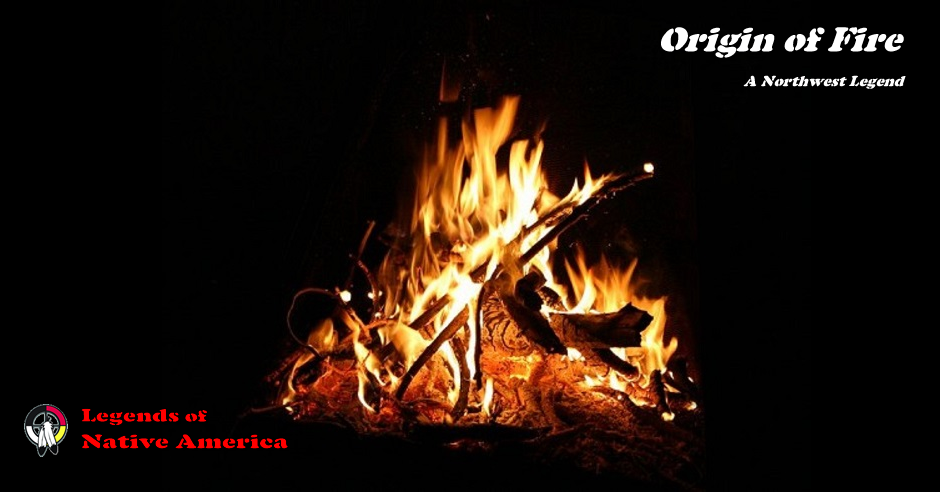 Again TxamsEm went on, and the people began to multiply on the earth. However, they were distressed because they had no lire to take their food and to warm themselves in winter; and Giant remembered that they had fire in the village of the animals. Therefore he tried to fetch it for the people. He started, wearing his raven blanket which his father, the chief, had given to him before he left yonder. Soon he arrived; but the people of his father's village refused to let him have fire, and sent hun away from their town. He tried in every way to get fire, but he failed, for the people would not let him have it.

Finally he sent one of his attendants, the Sea Gull, to carry a message to the people; and this is the message the Sea Gull carried: "A good-looking young chief will come soon to the people to have a dance in your chief's house." Then the whole tribe made ready to welcome the young chief. Then Giant caught a deer and skinned it.

At that time the deer had a long tail, like a wolf's tail. Giant tied pitch wood to the long tail of the deer. He borrowed the canoe of the great Shark, and they came to the village, where the chief had a large fire in his house. The big Shark's canoe was full of crows and sea gulls; and Giant was sitting in the center of the canoe, dressed in his deer skin. Then all the people entered.

They lit a large fire, larger than it had been before, and the great house of the chief was full of his tribesmen. Then all the newcomers were seated on one side of the large house, ready to sing. Soon the young chief began to dance, and all his companions beat time with their sticks, and one had a drum. They all sang a song, and some of the birds clapped their hands, and they all sang together.

The Deer entered at the door. He looked around, and entered leaping and dancing, and went around the large fire. Then all the people were well pleased to see them dance. Finally he struck his tail over the fire, and the pitch wood on his tail caught fire. He ran out with the firebrand at his tail and swam on the water. Then all his companions flew away out of the house. The great Shark canoe also left. The people tried to catch the Deer, intending to kill him. He jumped and swam quickly, and the pitch wood at his tail was burning. When he arrived at one of the islands, he went ashore quickly, struck a fir tree with his tail, and said, "You shall burn as long as the years last." For that reason the deer has a short black tail.