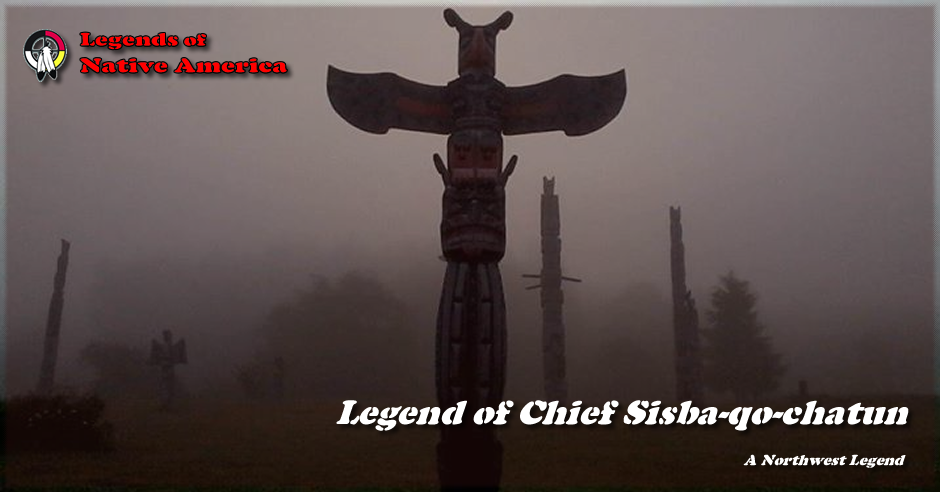 Sisba-qo-chatun, one of the lesser Chiefs of the Tsla-a-wat whose tribe lived at what is now Port Moody, was a man of great physical stature weighing something in the neighbourhood of 400 pounds and well over six feet tall. He was notable in many ways, but probably better known for his very large harem from all parts of the coast where he travelled, and at one time had as many as twenty women in his lodge. Any young woman who took his fancy usually ended-up in his harem, but this roving eye was also to cause his demise.

It seems he took a young girl from the Belcarra band, and her brother Zauts-la-chaw who was a particularly brave man and a good shot with a bow and arrow took it upon himself to rescue her.

Upon his arrival at the Port Moody camp Zauts-la-chaw made his presence known to the Chief, who laughed heartily at the young warrior‘s foolhardy mission and invited him to shoot at him at will to show how tough he was. Thinking he was quite safe in his suit of dried skin armour, he proceeded to dance and wave his arms in the air. This was the chance the young brave needed, for when the Chief raised his arms he could see the unprotected arm holes of the armour and quick as light he loosed an arrow, at this vital spot.

The Chief fell to the ground mortally wounded and so the brave‘s sister was free and all the other women in the harem could now return to their homes.