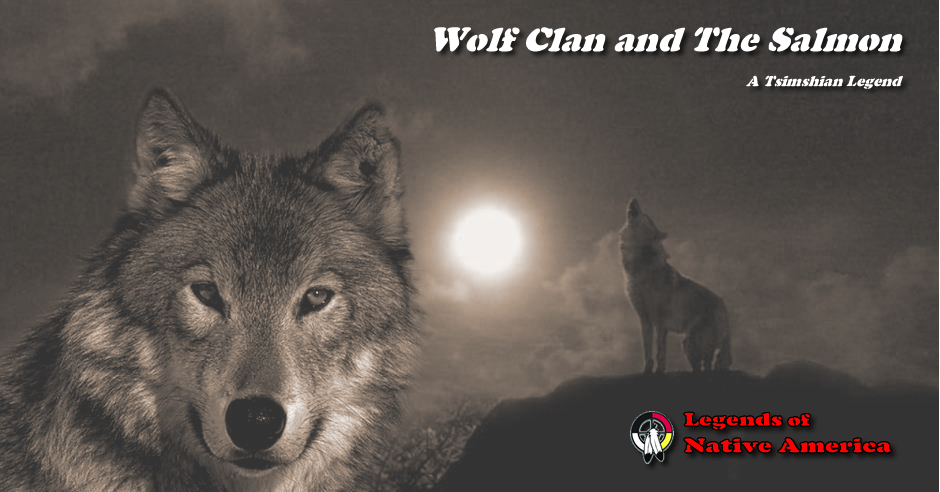 A tribe who lived along the Nass River had a special place near the head of the river where they could find an abundance of salmon and wild berries. This helped to make their village a wealthy and respected one and it prospered for many generations.

As time went on, some of the younger people began to forget the old traditions. They would show disrespect for their fellow creatures by killing small animals and leaving their carcasses to the crows and eagles. Once, when the salmon season was at its height, young men from the Wolf Clan caught several fish, cut slits in their backs, and put in pieces of burning pitch pine. When they were placed back in the river they frantically swam about like living torches.

The young men thought this was fun and exciting and did not think about the cruelty and wastefulness they were showing. The elders, knowing this would anger the Chief in the Sky, protested and tried to talk sense into them but to no avail. The young people took no notice.

When the salmon season came to a close the tribe began preparing for the winter ceremonies. As they worked they heard a strange noise in the distance as if a giant medicine drum was being beaten. The older folks thought that the thoughtlessness shown by the young men in mistreating the salmon was bringing trouble on the tribe. The young ones merely scoffed.

During the next few weeks the beating grew louder and louder and even the young warriors became frightened. The elders said it would be their fault if the tribe perished. Eventually a thunderous noise was heard, the mountains exploded, and fire poured forth until the very rivers were aflame. The people fled in panic and as the fire worked its way down the river the forest also became an inferno. Only a few survived.

The shamans said that the spirit world was angry because of the torture of the salmon. The powers of nature insist on a proper regard for all their creatures. That is a principle we should all embrace.