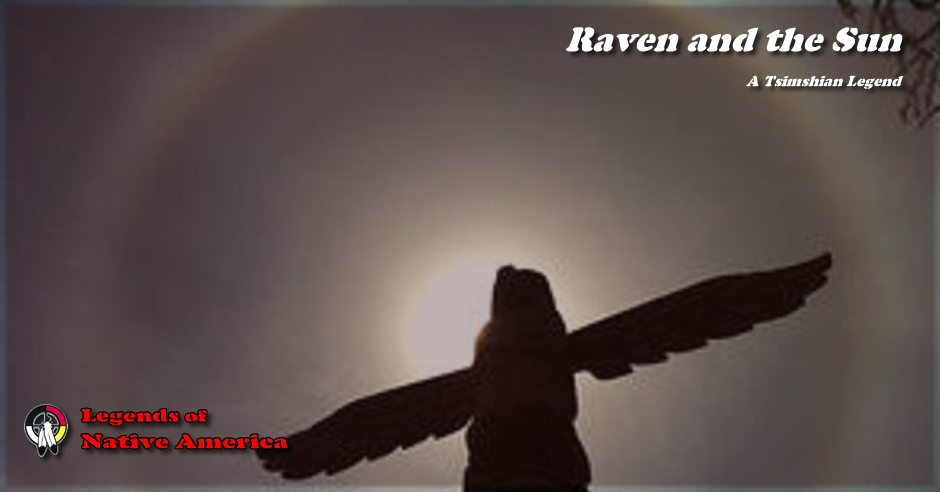 Once the sky had no day. When the sky was clear there was some light from the stars but when it was cloudy it was very dark. Raven had put fish in the rivers and fruit trees in the land but he was saddened by the darkness.

The Sun at that time was kept in a box by a chief in the sky. The Raven came to a hole in the sky and went through. He came to a spring where the chief's daughter would fetch water. He changed himself into a cedar seed and floated on the water. When the girl drank from spring she swallowed the seed without noticing and became pregnant.

A boy child was born which was really Raven. As a toddler he begged to play with the yellow ball that grandfather kept in a box. He was allowed to play with the Sun and when the chief looked away he turned back into Raven and flew back through the hole in the sky.