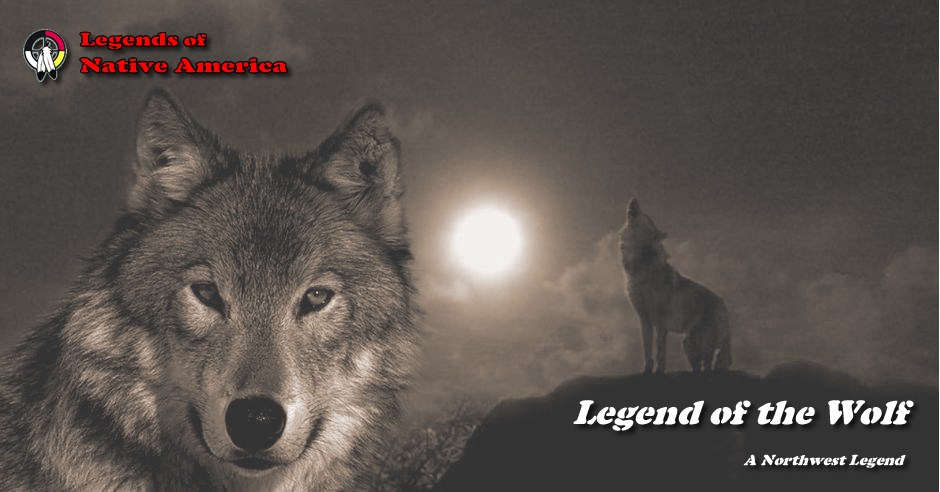 When the Chief [of Tum-ta-mayh-tun] died, his wife — knowing she was doomed — wrapped her little boy in a cedar blanket and took him as far as she could from the death-place and placed him in the bush. A mother wolf roaming with her cubs picked up the little bundle and took it to her lair. She dropped it down and went to nurse her cubs and the little boy wiggled out and crawled over to feed with them.

From then on, he grew-up as a wolf. As he grew, he learned by instinct to make a bow and arrow and the wolves had great respect for him. So they became companions in the hunt. When he was sixteen, he sought a mate of his own kind. Traveling up the Indian River, over the mountains to the canyon of the Fraser River, he found a bride among the people there. They came back to the Inlet and started to build a tribe. Our people have respected the wolves always. My great-great-grandfather Watsukl always walked with a wolf..

by Dan George of the Tsleil-Waututh: