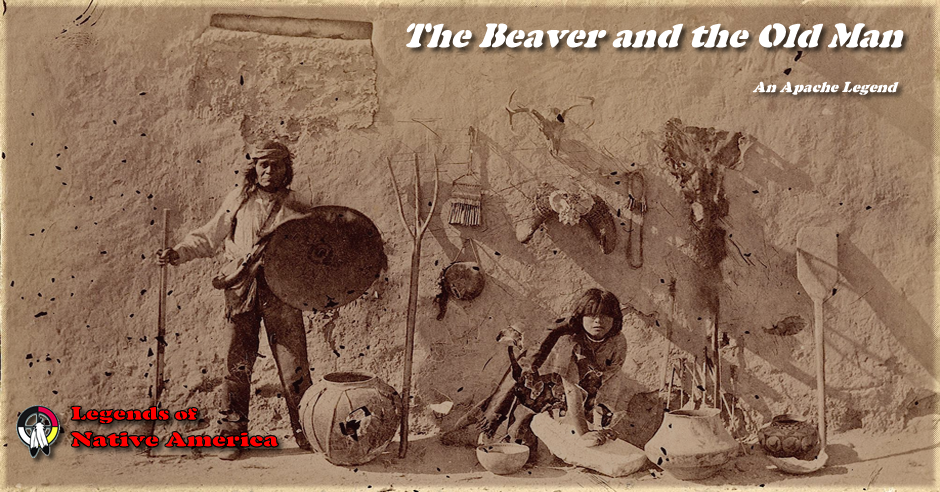 There was once an old man who was very fond of beaver meat. He hunted and killed beaver so frequently that his son remonstrated with him.

His son told him that some misfortune would surely overtake him as a punishment for his persecution of the sagacious animals, which were then endowed with the magic powers of the medicine-men.

The old man did not heed the warning, but continued to kill beaver nearly every day.

Again the son said, "If you kill them, they will soon catch and kill you." Not long afterward the old man saw a beaver enter a hole in the bank. Disregarding his son's advice, he plunged head foremost into the burrow to catch the animal. The son saw him enter the hole, and went in after him.

Catching the old man by the heels, he pushed him farther in. Thinking another beaver had attacked him, the old man was at first too frightened to move, then he cried for mercy. "Let me go, Beaver, and I will give you my knife."

The young man took the articles as they were handed to him, and hastened away without making himself known when the old man returned to the tipi, he said nothing of his adventures, and his son asked no questions. As soon as the old man left the tipi, the son replaced the knife and other articles in his father's fire-bag. "Where is your knife?" said the son when the old man returned. "I gave it to the beaver to induce them to let me escape with my life."

"I told you they would catch you," said the son.

"It's all spirit and it's all connected."
-- ALGONQUIN