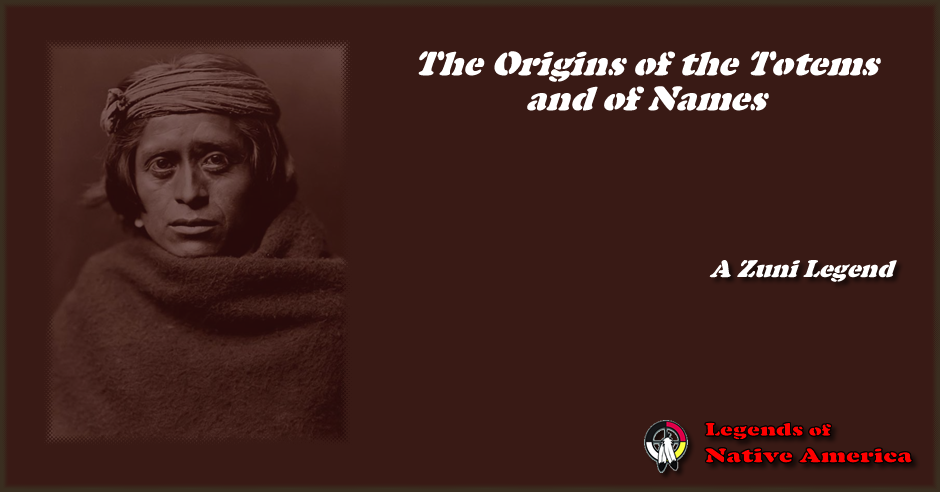 Now the Twain Beloved and the priest-fathers gathered in council for the naming and selection of man-groups and creature-kinds, and things.

Others loved the seeds of the earth and became the Seed people, or the people of the First-growing grass, or of the Tobacco. Those who loved warmth were the Fire or Badger people. According to their natures they chose their totems.

And so also did the People of Winter, or the People of the North. Some were known as the Bear people, or the Coyote people, or Deer people; others as the Crane people, Turkey people, or Grouse people. So the Badger people dwelt in a warm place, even as the badgers on the sunny side of hills burrow, finding a dwelling amongst the dry roots whence is fire.

The Origins of the Totems and of Names
A Zuni Legend, 1912