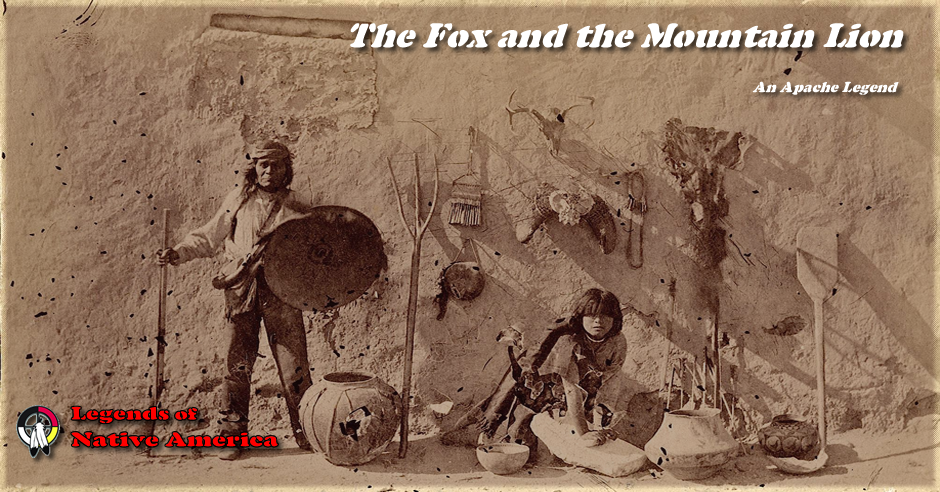 Fox could find nothing to eat for a long time, so that he grew weak and thin. While on a journey in search of food he met the Mountain Lion, who, taking pity upon his unhappy condition, said, "I will hunt for you, and you shall grow fat again."

The Fox agreed to this, and they went on together to a much frequented spring. Mountain Lion told Fox to keep watch while he slept; if a cloud of dust was to be seen arising from the approach of animals Fox was to waken him. Fox presently beheld the dust caused by the approach of a drove of horses.

Fox wakened Mountain Lion, who said, "just observe how I catch horses." As one of the animals went down to the spring to drink, he sprang upon it, and fastened his fangs in its throat, clawing its legs and shoulders until it fell dying at the water's edge.

Mountain Lion brought the horse up to the rock, and laid it before the Fox. "Stay here, eat, drink, and grow fat," said he.

Fox thought he had learned how to kill horses, so when the Coyote came along he volunteered to secure one for him.

Fox jumped upon the neck of the horse, as Mountain Lion had done, but became entangled in its mane and was killed.