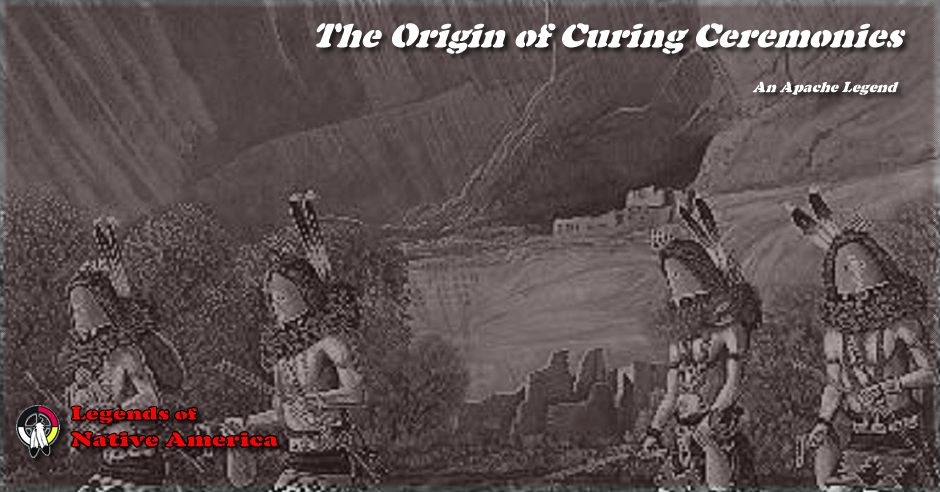 This is how ceremonies started among us for the curing of sick people. Long, long ago, the earth was made. Then the One Who Made the Earth also planned for each person to have a piece of land that he could live on and call his own.

Our people were living in one such place, but they didn't like that particular spot. So the One Who Made the Earth told them to move to a new location, and when they did, they slept well, and liked it, and lived in a good way. Then two men among them became sick and grew weaker and weaker day by day. The people didn't do anything for them because no one knew then about illnesses and how to cure them. The One Who Made the Earth said, "Why don't you do something for those two men? Why don't you say some words over them?"

But the people had no knowledge of curing ceremonies. Four men among the people happened to be standing, one to the east, one to the south, one to the west, and one to the north. The One Who Made the Earth spoke to one of these men, telling him,"Everything on earth has power to cause its own kind of sickness, make its own trouble. There is a way to cure all these things."

So those four went to where the two sick men were and worked over them, and they were cured. From that time on, we had curing ceremonies and knowledge of the different kinds of sickness that may be caused by various things. That's the way all curing ceremonies started.