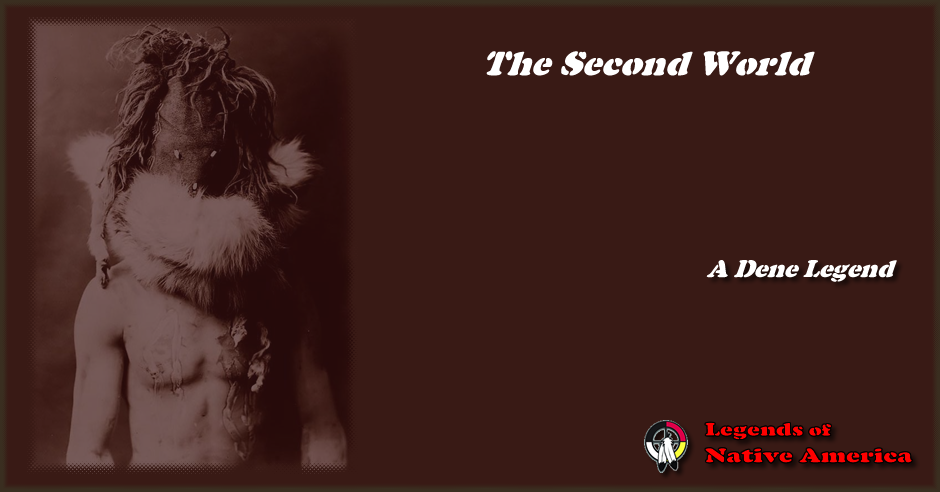 Because of the strife in the First World, First Man, First Woman, the Great- Coyote-Who-Was-Formed-in-the-Water, and the Coyote called First Angry, followed by all the others, climbed up from the World of Darkness and Dampness to the Second or Blue World.

They found a number of people already living there: blue birds, blue hawks, blue jays, blue herons, and all the blue-feathered beings. The powerful swallow people lived there also, and these people made the Second World unpleasant for those who had come from the First World. There was fighting and killing.

The First Four found an opening in the World of Blue Haze; and they climbed through this and led the people up into the Third or Yellow world.