The Men of the Early Times 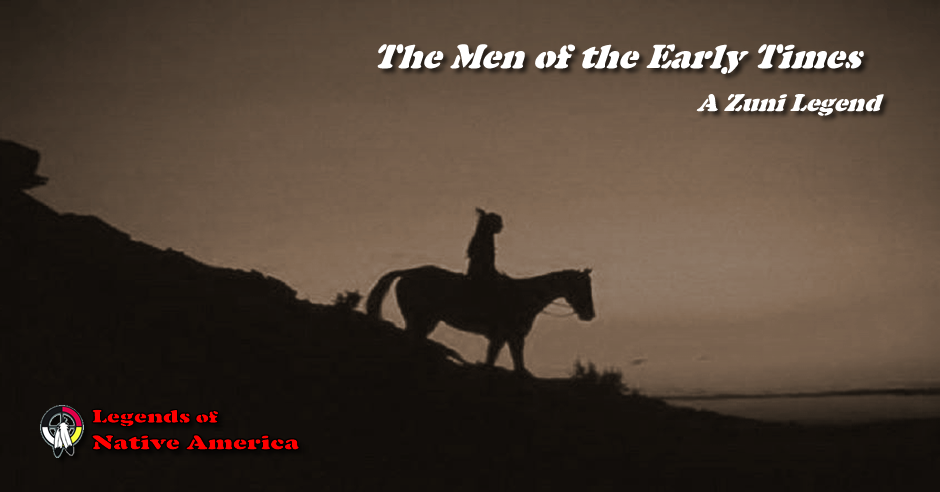 Eight years was but four days and four nights when the world was new. It was while such days and nights continued that men were led out, in the night-shine of the World of Seeing.

For even when they saw the great star, they thought it the Sun-father himself, it so burned their eye-balls.

Men and creatures were more alike then than now. Our fathers were black, like the caves they came from; their skins were cold and scaly like those of mud creatures; their eyes were goggled like an owl's; their ears were like those of cave bats; their feet were webbed like those of walkers in wet and soft places; they had tails, long or short, as they were old or young.

Men crouched when they walked, or crawled along the ground like lizards. They feared to walk straight, but crouched as before time they had in their cave worlds, that they might not stumble or fall in the uncertain light.

When the morning star arose, they blinked excessively when they beheld its brightness and cried out that now surely the Father was coming. But it was only the elder of the Bright Ones, heralding with his shield of flame the approach of the Sun-father.

And when, low down in the east, the Sun-father himself appeared, though shrouded in the mist of the world-waters, they were blinded and heated by his light and glory. They fell down wallowing and covered their eyes with their hands and arms, yet ever as they looked toward the light, they struggled toward the Sun as moths and other night creatures seek the light of a camp fire. Thus they became used to the light.

But when they rose and walked straight, no longer bending, and looked upon each other, they sought to clothe themselves with girdles and garments of bark and rushes. And when by walking only upon their hinder feet they were bruised by stone and sand, they plaited sandals of yucca fiber.

The Men of the Early Times
A Zuni Legend
Katharine Berry Judson, 1912