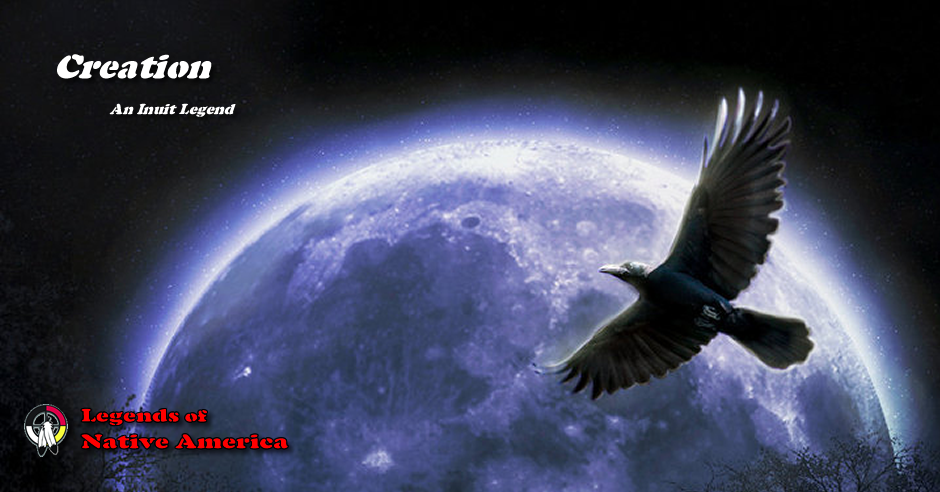 It is said that Raven made the world. He is a man with a raven's beak. When the waters forced the ground up from the deep Raven stabbed it with his beak and fixed it into place. This first land was just big enough for the house that was on it.

There were three people in the house. This was a family with a man, his wife and their little son Raven who had fixed the land. The father had a bladder hanging over his bed. After much pleading by Raven the father allowed the boy to play with it.

While playing Raven damaged the bladder and light appeared. The father not wanting to have light always shining, took the bladder from the boy before he could damage it further. And that is how day and night started over the land.