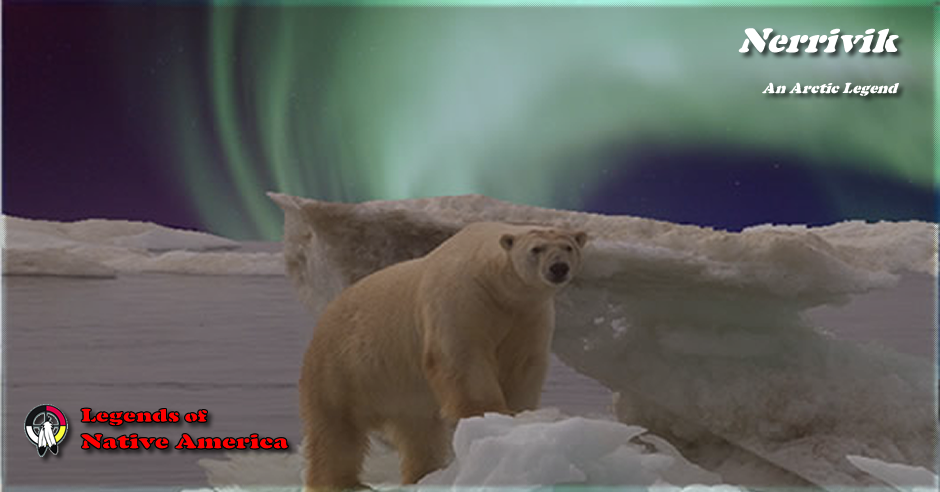 A BIRD once wished to marry a woman. He got himself a fine sealskin coat, and having weak eyes, made spectacles out of a walrus tusk, for he was greatly set upon looking as nice as possible. Then he set off, in the shape of a man, and coming to a village, took a wife, and brought her home.

Now he began to go out catching fish, which he called seal, and brought home to his wife.

Once it happened that he lost his spectacles, and his wife, seeing his bad eyes, burst out weeping, because he was so ugly.

But her husband only laughed. "Oho, so you saw my eyes? Hahaha!" And he put on his spectacles again.

Then her brothers, who longed for their sister, came out one day to visit her. And her husband being out hunting, they took her away with them. The husband was greatly distressed when he came home and found her gone, and thinking someone must have carried her off, he set out in pursuit. He swung his wings with mighty force, and raised a violent storm, for he was a great wizard.

When the storm came up, the boat began to take in water, and the wind grew fiercer, as he doubled the beating of his wings. The waves rose white with foam, and the boat was near turning over. And when those in the boat began to suspect that the woman was the cause of the storm, they took her up and cast her into the sea. She tried to grasp the side of the boat, but then her grandfather sprang up and cut off her hand.

And so she was drowned. But at the bottom of the sea, she became Nerrivik, the ruler over all the creatures in the sea. And when men catch no seal, then the wizards go down to Nerrivik. Having but one hand, she cannot comb her hair, and this they do for her, and she, by way of thanks, sends seal and other creatures forth to men.

That is the story of the ruler of the sea. And men call her Nerrivik because she gives them food.