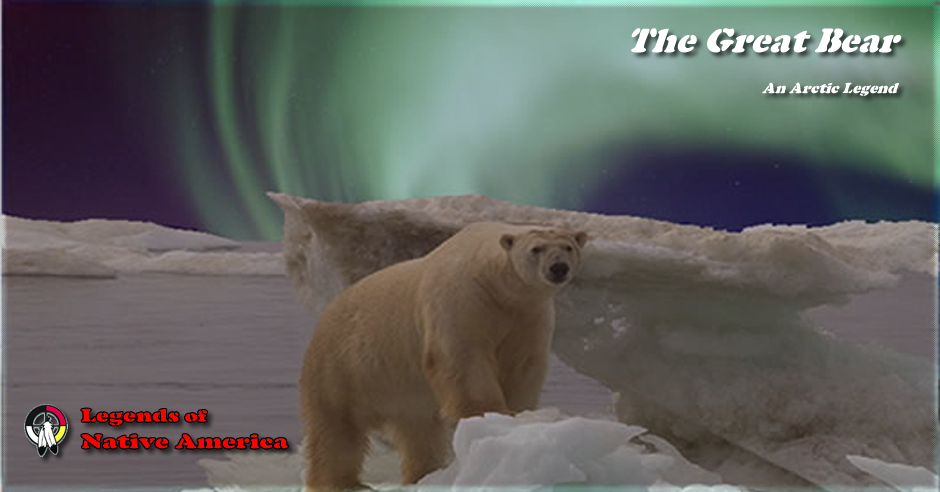 A WOMAN ran away from her home because her child had died. On her way she came to a house. In the passage way there lay skins of bears. And she went in. And now it was revealed that the people who lived in there were bears in human form.

Yet for all that she stayed with them. One big bear used to go out hunting to find food for them. It would put on its skin, and go out, and stay away for a long time, and always return with some catch or other. But one day the woman who had run away began to feel homesick, and greatly desired to see her kin. And then the bear spoke to her thus:

"Do not speak of us when you return to men," it said. For it was afraid lest its two cubs should be killed by the men.

Then the woman went home, and there she felt a great desire to tell what she had seen. And one day, as she sat with her husband in the house, she said to him:

"I have seen bears."

And now many sledges drove out, and when the bear saw them coming towards its house, it felt so sorry for its cubs that it bit them to death, that they might not fall into the hands of men.

But then it dashed out to find the woman who had betrayed it, and broke into her house and bit her to death. But when it came out, the dogs closed round it and fell upon it. The bear struck out at them, but suddenly all of them became wonderfully bright, and rose up to the sky in the form of stars. And it is these which we call Qilugtûssat, the stars which look like barking dogs about a bear.

Since then, men of bears, for they hear what men say.