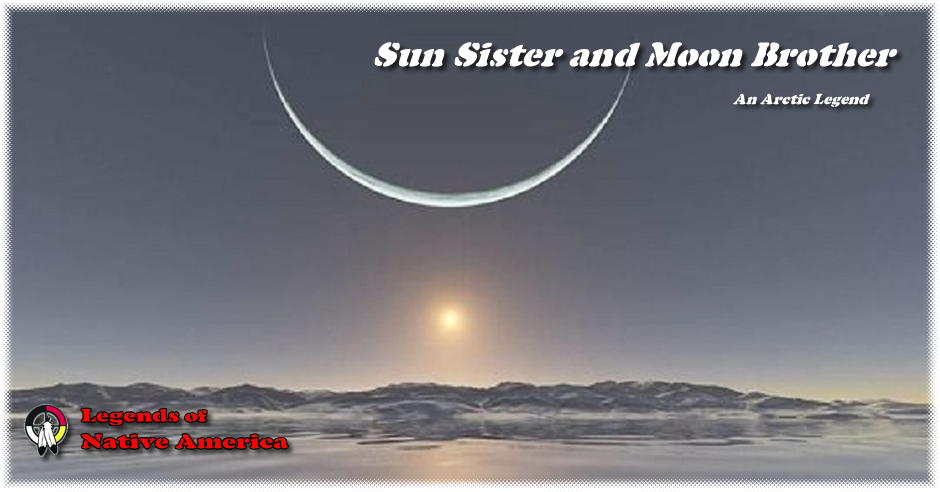 In olden times a brother and his sister lived in a large village in which there was a singing house, and every night the sister with her playfellows enjoyed themselves in this house.

Once upon a time, when all the lamps in the singing house were extinguished, somebody came in and outraged her. She was unable to recognize him; but she blackened her hands with soot and when the same again happened besmeared the man's back with it. When the lamps were relighted she saw that the violator was her brother.

In great anger she sharpened a knife and cut off her breasts, which she offered to him, saying: "Since you seem to relish me, eat this." Her brother fell into a passion and she fled from him, running about the room. She seized a piece of wood (with which the lamps are kept in order) which was burning brightly and rushed out of the house.

The brother took another one, but in his pursuit he fell down and extinguished his light, which continued to glow only faintly. Gradually both were lifted up and continued their course in the sky, the sister being transformed into the sun, the brother into the moon.