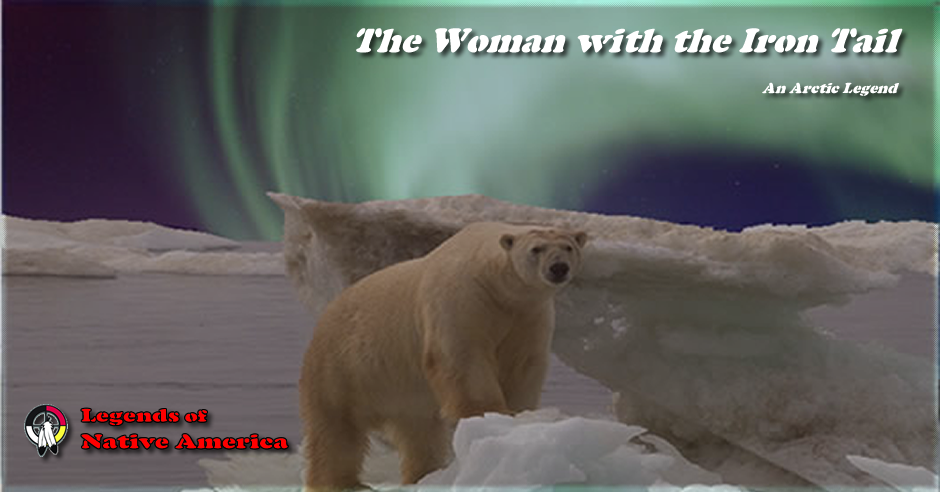 There was once a woman who had an iron tail. And more than this, she was also an eater of men. When a stranger came to visit her, she would wait until her guest had fallen asleep, and then she would jump up in the air, and fall down upon the sleeping one, who was thus pierced through by her tail.

Once there came a man to her house. And he lay down to sleep. And when she thought he had fallen asleep, she jumped up, and coming over the place where he lay, dropped down upon him. But the man was not asleep at all, and he moved aside so that she fell down on a stone and broke her tail.

The man fled out to his kayak. And she ran after.

When she reached him, she cried:

"Oh, if I could only thrust my knife into him."

And as she cried, the man nearly upset—for even her words had power.

"Oh, if only I could send my harpoon through her," cried the man in return. And so great was the power of his words that she tell down on the spot.

And then the man rowed away, and the woman never killed anyone after that, for her tail was broken.