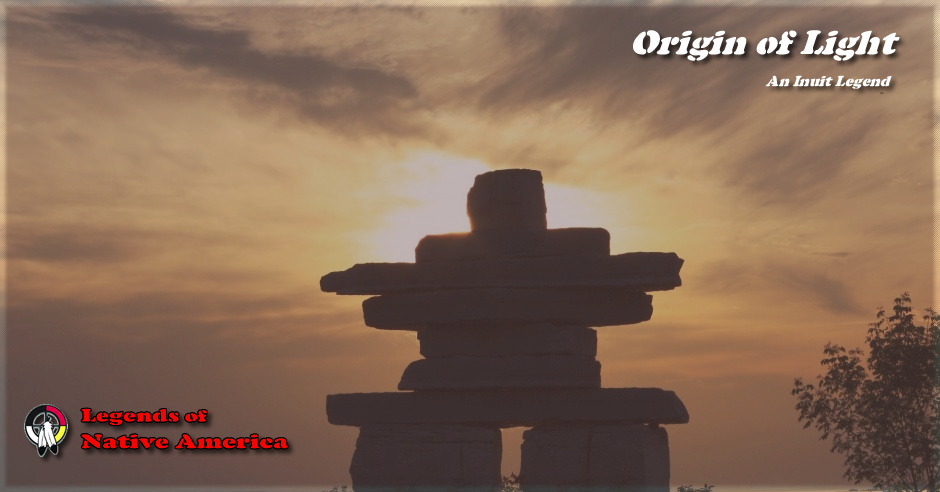 In the early times, there was only darkness; there was no light at all. At the edge of the sea a woman lived with her father. One time she went out to get some water. As she was scraping the snow, she saw a feather floating toward her. She opened her mouth and the feather floated in and she swallowed it.

From that time she was pregnant. Then she had a baby. It's mouth was a raven's bill. The woman tried hard to find toys for her child. In her father's house was hanging a bladder that was blown up. This belonged to the woman's father.

Now the baby, whose name was tulugaak (Raven), pointed at it and cried for it. The woman did not wish to give it to him but he cried and cried. At last she gave in and took the bladder down from the wall and let the baby play with it. But in playing with it, he broke it. Immediately, it began to get light. Now there was light in the world, and darkness, too.

When the woman's father came home, he scolded his daughter for taking the bladder down from the wall and giving it to the child. And when it was light, tulugaak had disappeared.