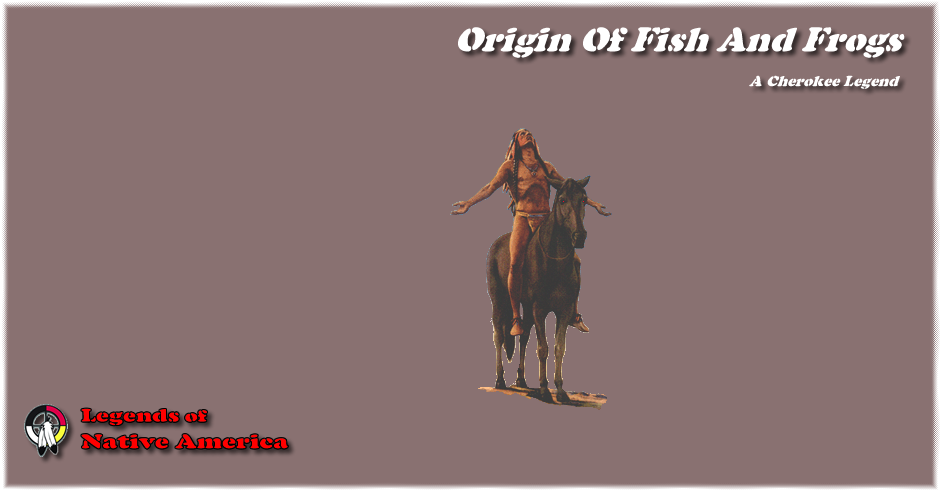 A long time ago the people of the old town of Kanu'ga`la'yi (Briertown), on Nantahala river, in the present Macon county, North Carolina, were much annoyed by a great insect called U'la'gu'.

U'la'gu' was as large as a house, and used to come from some secret hiding place, and darting swiftly through the air, would snap up children from their play and carry them away. It was unlike any other insect ever known, and the people tried many times to track it to its home, but it was too swift to be followed. They killed a squirrel and tied a white string to it, so that its course could be followed with the eye, as bee hunters follow the flight of a bee to its tree. The U'la'gu' came and carried off the squirrel with the string hanging to it, but darted away so swiftly through the air that it was out of sight in a moment.

They killed a turkey and put a longer white string to it, and the U'la'gu' came and took the turkey, but was gone again before they could see in what direction it flew. They took a deer ham and tied a white string to it, and again the U'la'gu' swooped down and bore it off so swiftly that it could not be followed. At last they killed a yearling deer and tied a very long white string to it. The U'la'gu' came again and seized the deer, but this time the load was so heavy that it had to fly slowly and so low down that the string could be plainly seen. The hunters got together for the pursuit. They followed it along a ridge to the east until they came near where Franklin now is, when, on looking across the valley to the other side, they saw the nest of the U'la'gu' in a large cave in the rocks.

The nest had the entrance below with tiers of cells built up one above another to the roof of the cave. The great U'la'gu' was there, with thousands of smaller ones, that we now call yellow-jackets. The hunters built fires around the hole, so that the smoke filled the cave and smothered the great insect and multitudes of the smaller ones, but others which were outside the cave were not killed, and these escaped and increased until now the yellow-jackets, which before were unknown, are all over the world.

The people called the cave Tsgagun'yi, "Where the yellow-jacket was," and the place from which they first saw the nest they called A'tahi'ta, "Where they shouted," and these are their names today.

They say also that all the fish and frogs came from a great monster fish and frog which did much damage until at last they were killed by the people, who cut them up into little pieces which were thrown into the water and afterward took shape as the smaller fishes and frogs.