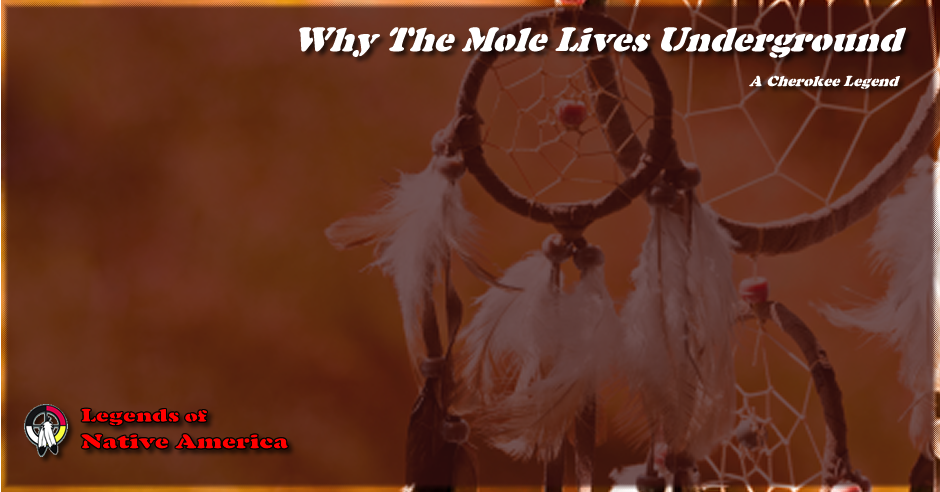 A man was in love with a woman who disliked him and would have nothing to do with him. He tried every way to win her favor, but to no purpose, until at last he grew discouraged and made himself sick thinking over it.

The Mole came along, and finding him in such low condition asked what was the trouble. The man told him the whole story, and when he had finished the Mole said: "I can help you, so that she will not only like you, but will come to you of her own will."

So that night the Mole burrowed his way underground to where the girl was in bed asleep and took out her heart. He came back by the same way and gave the heart to the man, who could not see it even when it was put into his hand.

"There," said the Mole, "swallow it, and she will be drawn to come to you and can not keep away."

The man swallowed the heart, and when the girl woke up she somehow thought at once of him, and felt a strange desire to be with him, as though she must go to him at once. She wondered and could not understand it, because she had always disliked him before, but at last the feeling grew so strong that she was compelled to go herself to the man and tell him she loved him and wanted to be his wife.

And so they were married, but all the magicians who had known them both were surprised and wondered how it had come about. When they found that it was the work of the Mole, whom they had always before thought too insignificant for their notice, they were very jealous and threatened to kill him, so that he hid himself under the ground and has never since dared to come up to the surface.