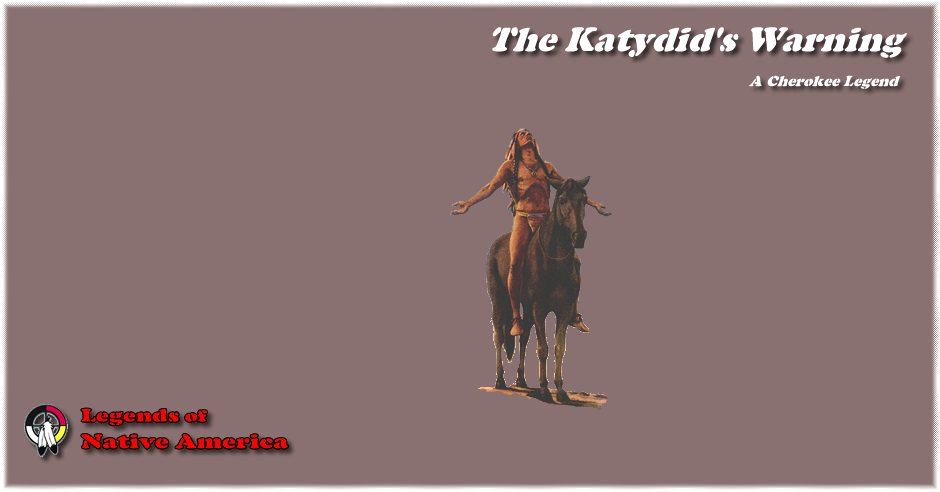 Two hunters camping in the woods were preparing supper one night when a Katydid began singing near them.

One of them said sneeringly, "Kû! It sings and don't know that it will die before the season ends."

The Katydid answered: "Kû! niwï (onomatope); O, so you say; but you need not boast. You will die before tomorrow night."

The next day they were surprised by the enemy and the hunter who had sneered at the Katydid was killed.