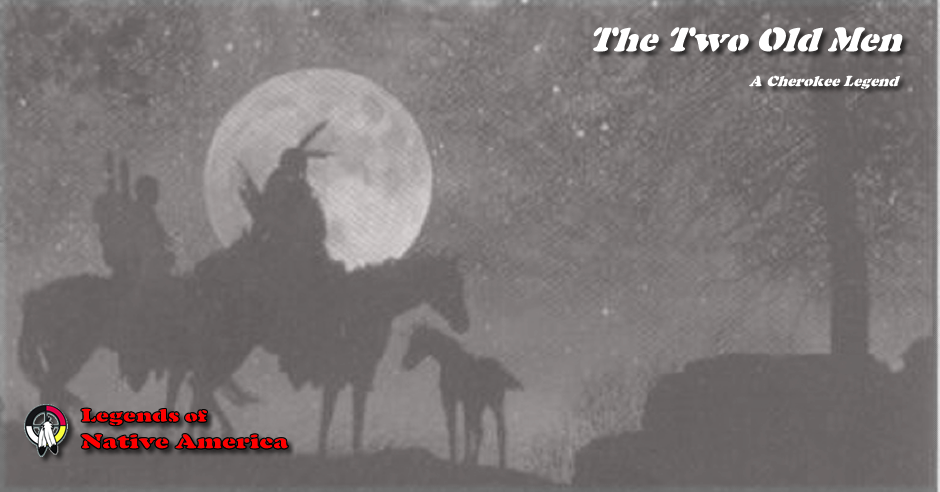 Two old men went hunting. One had an eye drawn down and was called Uk-kwûnägi'ta, "Eye-drawn-down." The other had an arm twisted out of shape and was called Ukku'sûñtsûtï, "Bent-bow-shape."

They killed a deer and cooked the meat in a pot. The second old man dipped a piece of bread into the soup and smacked his lips as he ate it. "Is it good?" said the first old man. Said the other, "Hayû'! uk-kwûnägi'stï (Yes, sir!) It will draw down one's eye."

Thought the first old man to himself, "He means me." So he dipped a piece of bread into the pot, and smacked his lips as he tasted it.

"Do you find it good?" said the other old man.

Said his comrade, "Hayû! uk-ku'sûñtsûtëtï' (Yes, sir!) It will twist up one's arm." Thought the second old man, "He means me"; so he got very angry and struck the first old man, and then they fought until each killed the other.