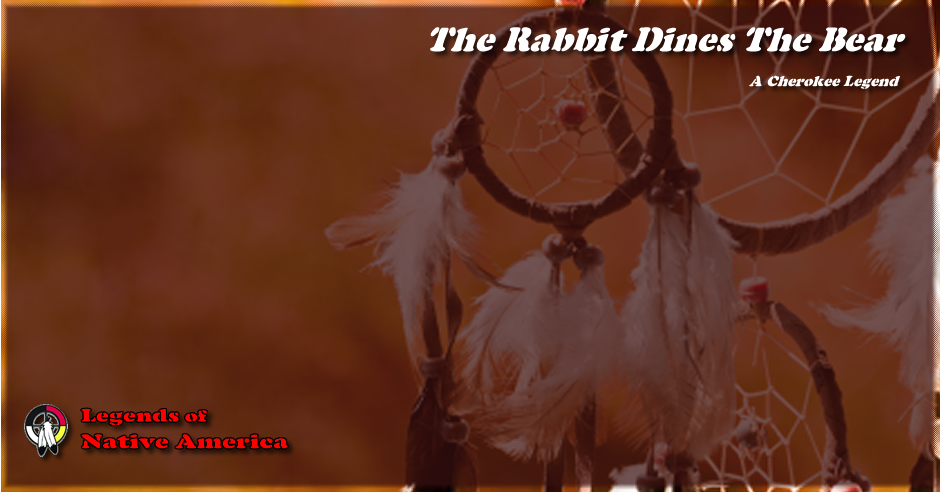 The Bear invited the Rabbit to dine with him. They had beans in the pot, but there was no grease for them, so the Bear cut a slit in his side and let the oil run out until they had enough to cook the dinner.

The Rabbit looked surprised, and thought to himself, "That's a handy way. I think I'll try that." When he started home he invited the Bear to come and take dinner with him four days later. When the Bear came the Rabbit said, "I have beans for dinner, too. Now I'll get the grease for them." So he took a knife and drove it into his side, but instead of oil, a stream of blood gushed out and he fell over nearly dead.

The Bear picked him up and had hard work to tie up the wound and stop the bleeding. Then he scolded him, "You little fool, I'm large and strong and lined with fat all over; the knife don't hurt me; but you're small and lean, and you can't do such things."